Bill Clinton’s speech at the Democratic National Convention Tuesday night was a masterpiece. It was literature in the spoken word, an effortlessly delivered memoristic essay with narrative components and personal vignettes expertly interwoven into a resume alive with clear human examples of Hillary Clinton’s compassion, hard work and perseverance.

Bill Clinton—and I say this as a Hillary supporter—is the likable one. He’s charming and charismatic and affable. He’s got the grace and style of a politician: he blunders and has made disastrous decisions both professionally and personally, and yet he can smooth you over using pretty words like a lilting sax solo.

The difference this time is that he didn’t have to bluster or patch or pave. Hillary Clinton’s record, while far from perfect, had enough material in it for her husband to speak sentence after sentence of pure substance. Sure, Hillary herself has pointed at her resume time and time again, but when she does it, it looks forced. Bill Clinton managed to put human faces to her work in children’s care, education, health care and foreign policy.

Take the example in which Hillary pretended to be a mother looking to enroll her son in a school in Alabama in 1972. She secured the proof that the schools were segregated, and the result was a revocation of the tax exemptions that allowed the system to exist. The result ended up helping children get their rightful access to equal education.

Coming from Hillary’s mouth, this story could sound hawkish and maybe even sound dishonest. She went around traditional means to get the information she needed. She tricked the establishment into admitting wrong doing by making it look like a boon. From Hillary, people might hate that.

But Bill was able to capture the positives in that event. He was able to show how Hillary does what is necessary to get things done, and he did it in a way that took one of her coarser attributes and make it into a quality.

He flawlessly outlined the bipartisan support for her when she was actually in public office, and her popularity as both a senator and Secretary of State. He did this all without using “the woman card.” He was somehow able to put her role as a mother first without it looking like pandering and without it competing with her leadership roles professionally. And without mentioning cookies. This is a feat that had yet to be pulled off.

He seamlessly wove statements like this—“through sleepovers, summer camps, family vacations, and Chelsea’s own very ambitious excursions, from Halloween parties in the neighborhood to a Viennese waltz gala in the White House, Hillary first and foremost was a mother. She became, as she often said, our family’s designated worrier. Born with an extra responsibility gene”—with statements like this—“As Secretary of State, she worked hard to get strong sanctions against Iran’s nuclear program. And in what the Wall Street Journal called a ‘half-court shot at the buzzer,’ she got Russia and China to support them.”

The content of his speech focused on his wife’s life and accomplishments, and through that content, the unspoken message was clear: For decades, Hillary Clinton has been doing what so many women do for so little credit—the hard, groundbreaking and backbreaking small tenacious steps that create a better future for our children. We all do the best we can to ensure the success of the future, and women often have their noses to several grindstones without ever looking up for the glory that comes to the people they are silently supporting.

Most touchingly, he did all this not through the lens of a professional boss or partner, not as a former politician, but as a man who loves his wife and who has come a long way in appreciating everything she is. There are many reasons the Clintons are still together. Love of themselves is one. Love of their country is another. But love of each other seems to be the most passionate.

Given all that, I’d be remiss if I didn’t mention that this speech was custom made for me: a white liberal who has always had a soft spot for the Clintons. It’s easy for me to extol the virtues of such lovely words, when the words and actions of the Republican candidate put the lives of marginalized groups on the line time and time again.

Hillary Clinton is looked upon with wary eyes because she represents business and usual. Bill Clinton managed to make business as usual look not so bad.

But we must never forget that business as usual includes the suffocation of social justice goals. It sometimes includes playing ball with corporations and political lobbyists and throwing the little guy under the bus. If we support Hillary Clinton this election—and I think we should—we owe it to our country and its people not to give her a pass on her past, not to glaze over the pressing issues facing our oppressed groups here in this country. We must hold her accountable, we must convince her to do better.

The difference between Hillary Clinton and Donald Trump is that with enough active interjection, we’ve got a shot with her.

Bill Clinton’s speech is one for the history books. It’s up to us to make sure Hillary Clinton’s presidency will be one as well. 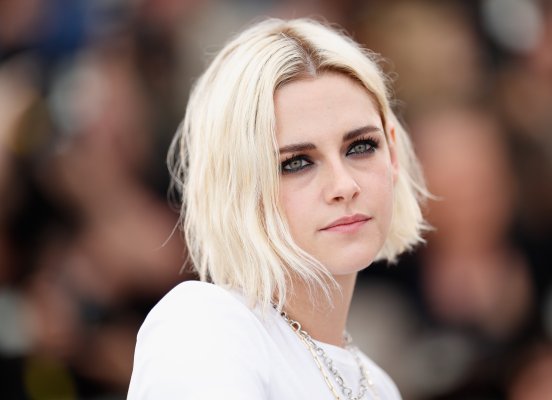 Kristen Stewart Says She’s ‘So Much Happier’ Dating a Woman
Next Up: Editor's Pick