The role of the Joker in Suicide Squad has been attracting both media and fan attention since it was first announced that Jared Leto would be playing the iconic DC Comics villain. But with Warner Bros. keeping much of the Clown Prince of Crime’s storyline under wraps, people have been speculating over what exactly he will be up to in the upcoming antihero flick.

One theory that gained traction among fans revolved around the Joker’s origin story, positing that he is an adult Jason Todd — a.k.a. Batman’s sidekick Robin. This idea was centered on a scene in Batman v Superman: Dawn of Justice in which Bruce Wayne looks at a Robin suit containing bullet holes that appear to match up with scars on Leto’s Joker. “How many good guys are left?,” Wayne says. “How many stay that way?”

However, when director David Ayer was recently asked about the most ridiculous rumor he heard while filming Suicide Squad, he wasted no time debunking this theory. “That the Joker is Jason Todd,” he told WSVN-TV. “It ain’t the case. He’s not.” 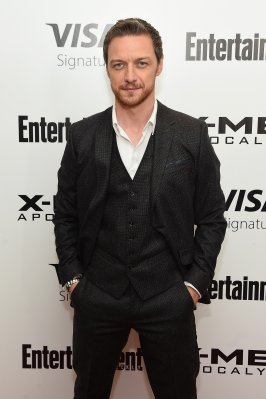 James McAvoy Has 23 Personalities in the Trailer for M. Night Shyamalan's Split
Next Up: Editor's Pick