The remaining charges against three Baltimore officers involved in the arrest of Freddie Gray, whose death last year in police custody sparked days of riots, were dropped Wednesday, concluding more than a year of legal battles over Gray’s death with zero convictions.

Baltimore City State’s Attorney Marilyn Mosby said Wednesday that she saw no path to a conviction for the officers following a mistrial and three acquittals, ending a legal fight against the six officers who arrested Gray in April 2015.

Read more: Inside the Fight to Change Baltimore’s Police One Year After Freddie Gray’s Death

“We could try this case 100 times, and cases just like it, and we would still end up with the same result,” Mosby said. She claimed the investigation into Gray’s death by the Baltimore Police Department was mishandled and said that lead detectives were uncooperative, did not carry out proper search warrants, and started a counter-investigation in an attempt to disprove the state’s case.

The remaining cases against Officer Garrett Miller and Sgt. Alicia White were arguably the weakest, legal experts say, while the last additional case would’ve been a retrial of Officer William Porter, whose trial ended in a hung jury in December. Officer Caesar Goodson, Jr., who drove the van carrying Gray, Lt. Brian Rice and Officer Edward Nero were all acquitted. Nero told TIME Wednesday he was “elated” that all charges had been dropped.

“This isn’t a concession that they don’t believe a crime occurred or shouldn’t have been brought in the first place,” says David Jaros, a University of Baltimore law professor who has been following the case, referring to prosecutors’ decision to drop the charges. “Given the evidence they had available to them, they conceded that they couldn’t prove it beyond a reasonable doubt.”

A pretrial hearing had been scheduled Wednesday in Miller’s case. The officer had been charged with reckless endangerment, second-degree assault, and two counts of misconduct in office and was one of two officers on bicycles who arrested Gray. But Jaros says prosecutors would have found it difficult to win a conviction against Miller, who appeared to have no role in the decision to leave Gray unbuckled inside the van.

“The prosecution’s theory is based on the failure to buckle,” Jaros says. “Miller is simply present. He doesn’t have a greater liability in Gray’s death than the other officers.” He adds that the evidence against White also appeared to merely show her present at one of the stops the van made while transporting Gray.

Throughout the trials, prosecutors said that officers failed to provide Gray with medical care and went against department policy by leaving him unsecured in the back of a police transport van. Gray was found unresponsive following the ride, which prosecutors said was a so-called “rough ride” meant to harm those being transported. The defense, however, argued that there was little evidence that the van was driven recklessly and implied that Gray somehow injured himself. Even after four trials, there were lingering questions as to how exactly Gray was fatally injured.

Michael Greenberger, a University of Maryland law professor, says Judge Barry Williams, who acquitted three of the officers, successfully pointed out problems in the prosecution’s case each time he ruled, laying out a road map that showed the remaining cases wouldn’t fare much better.

“They were knocking their heads against the wall,” says Greenberger, referring to the prosecutors. “These cases weren’t working. But at least an attempt was made here to hold the police accountable.”

Officers arrested Gray on April 12, 2015, after he ran from police, who placed him in a transport van after finding that he was carrying a knife. Gray, who was black, was not buckled in and died from a severe spinal injury while in police custody a week later, setting off riots not seen in Baltimore since the assassination of Martin Luther King, Jr., in 1968.

Mosby announced sweeping charges in May 2015 against all six officers involved in Gray’s death, an unprecedented move in a city where black residents have complained of discrimination by police for decades. Mosby received widespread praise from African-American communities when she acknowledged protesters’ calls for “no justice, no peace” in her announcement of charges. Her decision to prosecute the officers involved, rare for police in any U.S. city, effectively quelled the riots that had been simmering for days and led to the National Guard being called in to restore order.

But critics say Mosby overstepped her authority as a prosecutor and unnecessarily overcharged the officers. In the months following her announcement, several charges for the officers were dropped before going to trial. In June 2016, a George Washington University law professor filed a complaint with the Maryland Bar Counsel against Mosby, attempting to get her disbarred and calling her a “runaway prosecutor” who did not have enough evidence to bring charges against the six officers.

“It was a political decision to prosecute in the first place,” says Warren Brown, a prominent Baltimore defense attorney. “It was an attempt to fit a square peg in a round hole to placate much of the community.”

Even without convictions, Mosby still appears to have support of many black residents in Baltimore. At her news conference Wednesday morning in Sandtown-Winchester, the neighborhood where Gray was arrested, Mosby received praise and applause. According to the Associated Press, Gray’s step-father, Richard Shipley, said that the family “is proud to have her represent us.”

“I don’t know that you necessarily conclude that nothing positive has come out of these prosecutions,” Jaros says. “It sends a notice to police officers that if they commit crimes, they will be charged. I don’t think any mistake or strategic decision cost the state. There just wasn’t evidence to obtain a conviction.” 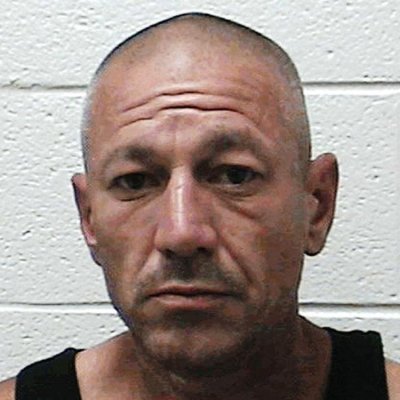 Lottery Winner Could Face Life In Prison For Investing Winnings In Meth Ring
Next Up: Editor's Pick