Pro-European Union supporters and pro-Brexit supporters hold up placards during a demonstration against Brexit in Green Park in London on July 9, 2016.
Gail Orenstein—Sipa USA
Ideas
By David Szalay

Szalay is the author of All That Man Is

After several decades of running together like different colored dyes, seeping into each other, leaking across almost vestigial frontiers, mingling into odd new shades, the shapes on the map of Europe may be starting to revert to a more formal patchwork. Some even worry that, with anti-Brussels populists in the ascendant across the continent, the shock-wave of Britain’s recent vote to leave the E.U. might lead to the disintegration of the E.U. as a whole. Undoubtedly, that is what some of the noisier advocates of Brexit hope will happen.

I would like to think that things have already gone too far for that—by which I mean that a culture of borderless fluidity has became so established in the very fabric of day-to-day existence in Europe that it now has a life of its own, independent of the institutional arrangements of the E.U. From corporate supply chains dispersed across the continent in a way that would make them practically impossible to unpick without building a whole new economy, to the boisterous Brits out partying on the streets of Budapest and Prague every Saturday night, to the unprecedented number of European children (including my own) with family roots in two or more countries, and the vast stock of Mediterranean property owned by pasty-faced northerners from Dublin to Helsinki, not to mention the bewilderingly international make-up of the continent’s top sports teams, this is no longer something that can be put back in its bottle.

And nor do the more thoughtful and internationalist Brexiteers want to put these things back in their bottle. They are avowedly pro these things. They are careful to make a distinction between Europe—which they like—and the European Union—which they don’t. They, too, seem to hope that the highly international way of life that has emerged in Europe in the last quarter of a century now has an independent existence, that institutional changes will not unduly threaten it.

But is this too optimistic? There is a definite tendency, throughout Europe, to take the accumulated advantages of integration totally for granted—to view them as somehow just the natural order of things. One reason for this is that national politicians seem to never give the E.U. credit for anything good, and always blame it for everything bad. Nobody, anyway, seems to have much enthusiasm for the E.U. per se, if by that we mean the institutions housed in Brussels office-blocks, and the directory-thick volumes of rules and privileges and obligations, accreted over half a century, through which it exerts its influence on the lives of the half a billion people who live within its jurisdiction.

It was one of the notable features of the British referendum campaign that statements by pro-Remain politicians usually began with something like: “For all its faults, the European Union…” or “As much as I dislike many aspects of the European Union…” or “I have no love for the European Union but…” And of course office blocks full of bureaucrats are unlovable. They are also a necessary part of our extremely complex way of life. That the E.U., as an institution, needs them should not be a surprise, and you do not have to love them to accept that they do something useful.

And what, the sceptic may ask, is this useful thing that they do? I would say simply that they lean against countervailing forces—forces of division and disruption—of which there is no shortage at present. The mere existence of a single Europe-wide institution means something, exerts something, creates a particular reality, a particular sense of community. There is nothing automatic about this.

When, in fact, prior to this century, was the last time that such an institution, and such a sense of community, existed? Probably the medieval Catholic Church. (Which has a poor popular reputation today, but should really be regarded as one of the great engines of civilization in human history—not a claim I’m necessarily yet ready to make about the E.U.) This may be part of the reason why, when trying to think of historical parallels for Brexit, the Reformation, and in particular the English break from Rome, feels the most apt. There is something about the emotional dynamics—the righteous zeal of Brexit’s advocates, the characterization of the opponent as corrupt, tyrannical and, above all, foreign. The violent sense of us and them. The heated arguments about law and money. And the sense that, until it actually happened, it was unthinkable.

Henry VIII, when he wrought that rupture in 1534, except for freeing himself from the Pope’s authority, wanted to keep things pretty much as they were. He had no intention of tampering with most of the forms and rituals of the Roman church. He liked all that and wanted to keep it. He was not, in any true doctrinal sense, a Protestant. He had, however, unleashed forces beyond his control, and of course there were unintended consequences.

Institutions buttress and support forms of life. It is naïve to think that their abolition will leave the forms of life that they have fostered unchanged. Whatever one thinks about it, a significant weakening of the E.U., let alone its dissolution, will over time leave Europe a very different place. 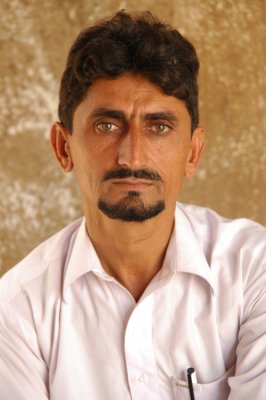 My Mother Was the Victim of a U.S. Drone
Next Up: Editor's Pick