And yet, a mom from Georgia did just that after discovering photos of her daughter’s boyfriend wearing nothing but a towel on the girl’s Facebook page in what looked like their Savannah home. The mom, Shanavia Miller, then took over the child’s Facebook page, switched on Facebook live and asked the girl’s friends to “make [the video] go viral.”

Alas, she got her wish. It went viral. (Warning: graphic language and images.)

Now there’s footage of a mom absolutely letting loose on her daughter for all the world to see and judge. And the two women are famous for an event that will soon be forgotten in the wider world, but will be remembered for a long time locally.

The majority of parents acknowledge that corporal punishment doesn’t much work as a disciplinary technique. It sends a message that violence is a good go-to solution. Most of all, it hurts the child and can get out of control. Yet many many parents still discipline their kids using force of some kind. All types of parents, across the education and social spectrum. Sometimes, when a child behaves really egregiously, parents want a strong response, and physical punishment will elicit one.

Shaming your child in public is also an alluring option, for the same reasons. The child did something wrong in the public sphere, so it seems appropriate the punishment takes place in the same place. Not to mention the extra sting that comes when the child has publicly embarrassed you, as this mom keeps telling her child she has done.

And many mothers, upon discovering that their 16-year-old daughters were sexually active and boasting about in public, would be distraught and livid. They see their dreams for their daughter coming under threat. Miller’s reaction, while extreme and wrong in every way imaginable, could in fact be evidence that she cares a great deal about her daughter’s wellbeing.

There are lots of reasons why this mom does not want her daughter to be reckless about having sex. And posting post-coital-looking photos of semi-clad boyfriends sure seems reckless. But none of that makes what the mother did right. This is simply not the way to treat minors, or any humans, or even living creatures, in your care, or anywhere, ever. People would be appalled if they saw a dog being treated that way, let alone a daughter. And the public has let the mother know plenty about what they think of her parenting skills.

Miller and her daughter subsequently put up public posts that indicate they have reconciled for now. But the repercussions of a public record of this are serious for both. The police visited Miller’s home and said she could still face charges. “Our special victims unit looked into the case and officers talked to the mother and daughter,” said a spokeswoman for the Savannah-Chatham Metropolitan Police Department. “Although the daughter said she felt safe in the home, the case has been referred to the Department of Family and Children Services.”

Rage and shame are incredibly powerful forces. It’s easy to point a finger at this mom and say we would never do this. It’s harder to take a breath when our child does something we find appalling and figure out how to show them how wrong it is. 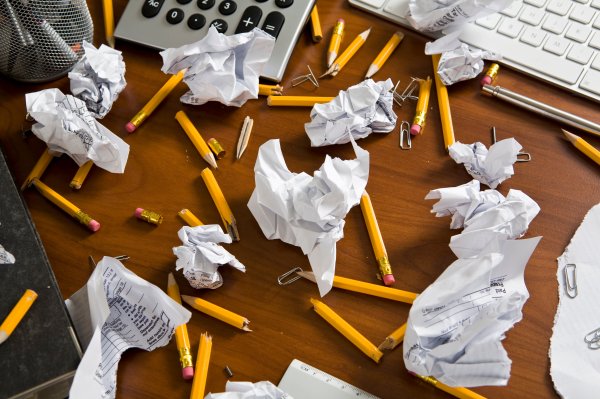 Here’s Why You Have a Bad Relationship With Your Boss
Next Up: Editor's Pick