Taxpayers Shouldn't Have to Pay for Unhappy College Students

Everest College in Santa Ana, CA, on June 24, 2014. Everest was part of Corinthian Colleges, a conglomerate of for-profit trade colleges that was forced into bankruptcy in 2015.
Don Bartletti—LA Times/Getty Images
Ideas
By Bill Bennett
William J. Bennett is a former U.S. secretary of education and co-author of Is College Worth It?

Unbeknownst to many, the Department of Education is close to finalizing a rule change that would dramatically ease higher-education loan forgiveness. The new rule would make it easier for current and former students to sue their college—either individually or by class action—if they believe that they’ve been defrauded. At first glance, this seems reasonable. Except that the rule somehow does not ask the colleges themselves to pay up. Instead, it could leave taxpayers on the hook for billions of dollars in student loans.

Allegations of fraud are not uncommon in higher education. Some college recruiting materials are among the great works of fiction. Glossy brochures promise wide-eyed students a world-class education, a transformative culture and a lucrative job within their career path waiting for them when they graduate. But some students leave college—and many without even graduating—with a subpar education, measly job prospects and a mountain of student loan debt. The average class of 2015 graduate walked off with roughly $35,000 of student loan debt, according to one report, and nearly half of all recent graduates are unemployed or underemployed.

Colleges and universities shouldn’t be responsible for the state of the job market or for fledgling students who spend more time partying than studying, but they should be held accountable for promises they make and be made to pay up if fraud is proven. However, the Department of Education’s proposal is clearly not the right way to go about this.

The new rule would open up colleges and universities to an avalanche of lawsuits, many frivolous or unwarranted. Specifically, the proposed rule would forgive student loan debt if the college or university is ruled to have made a “substantial misrepresentation” to the student. That is a monumental shift from the traditional legal definition of fraud, which requires an “intent to deceive.” By removing intent, this change would open the door to lawsuits for misrepresentations made by colleges or universities by mistake or under circumstances it can’t control, like underperforming students or the unavailability of well-paying jobs.

To make matters worse, under this change, these rulings would be made by a Department of Education hearing examiner—not a judge. Colleges and universities would have little chance of appeal.

There have certainly been bad actors in higher education, and the Department of Education would like you to think that this rule change only targets them—specifically for-profit colleges. But that’s not the case. The rule change also affects all public and private universities, community colleges and historically black colleges. As a result, the Department of Education itself determined that its new rule could cost taxpayers up to $43 billion over the next 10 years. That alone should illustrate how ill-conceived this rule is.

The Department of Education believes it is protecting aggrieved students—and some do deserve protection—but taxpayers shouldn’t be on the hook for offenses or misrepresentations a college may commit. The schools must have some skin in the game. How else will there be incentives for the bad actors to change and reform?

I agree with Sen. Lamar Alexander, Chairman of the Senate Committee on Health, Education, Labor and Pensions, who said about the potential rule change, “If your car is a lemon, you don’t sue the bank that made the auto loan. You sue the car company. And if students feel they were defrauded by their college, the legal system exists for them to seek justice.”

As he stated, there are already laws in place for students to file claims against their schools if they believe they have been defrauded. In fact, some of these laws were successfully utilized in the highly-publicized lawsuits against Corinthian Colleges. Corinthian was fined, ordered to pay millions of dollars in damages to students and, as a result, went bankrupt. I’m also encouraged to see Rep. John Kline, chairman of the House Committee on Education and the Workforce, publicly oppose the rule change. It should be the responsibility of Congress and its elected members, not executive branch bureaucrats, to legislate a change of this magnitude.

College students deserve truth in lending and greater transparency and accountability within higher education. But this rule is far too broad in scope and would leave taxpayers holding the tab for billions of dollars—instead of the real culprits in academia. The comment period for this rule closes on August 1. Unless there is a large enough public backlash against the rule, it will likely be adopted. We must let the Department of Education know that this is the wrong way to try and improve higher education. 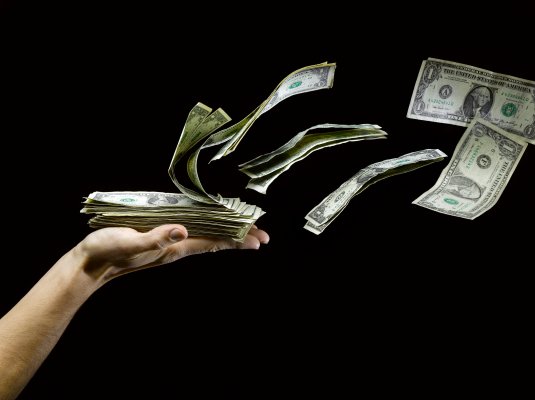 Nearly Two-Thirds of Americans Can't Pass a Basic Test of Financial Literacy
Next Up: Editor's Pick