In late 2000, a woman named Irom Sharmila went on a hunger strike in the northeast Indian state of Manipur to protest the country’s Armed Forces Special Powers Act (AFSPA), and what many claim is the virtual impunity it grants to security forces in parts of the country. She persisted with her call to repeal the act in her state, often outside the glare of media attention, for the next decade and a half (during which time she has been fed through a tube attached to her nose).

The 44-year-old activist announced Tuesday that she will conclude her hunger strike — believed to be the world’s longest — on August 9 this year, the Indian Express reports. Instead, she said, she will take her battle into the political arena by contesting next year’s state elections.

“The government has not been listening to our voices and has been suppressing our movement,” Sharmila told reporters on Tuesday, adding that her foray into politics is an attempt to “get our voices heard at the [central government].”

The AFSPA, which allows members of the army in parts of India to arrest and even kill suspects without warrants or consequences, has been in effect in India’s insurgency-ridden northeastern region since 1958. The only other part of the country where it is in effect is the fractious, disputed state of Kashmir, where it has become the focal point yet again of violent protests that have resulted in dozens of deaths over the past month.

Sharmila’s fellow activists have vowed that the struggle she has been at the forefront of will continue.

“The movement for AFSPA will continue with or without Sharmila. If she wishes to continue leading the movement, we will all be with her,” one activist told the Express. “The movement will continue till the time justice is served to the families who have lost loved ones.” 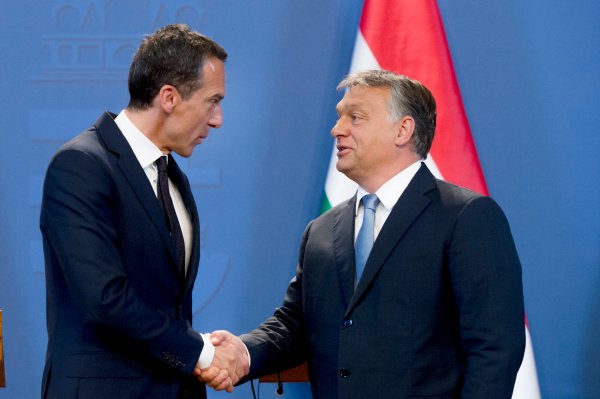 Hungary Prime Minister Says Migration is a 'Poison'
Next Up: Editor's Pick