Twitter’s co-founder and CEO Jack Dorsey said that his company needed to do more to crack down on hateful messages and abuse on the social-media site.

“No one deserves to be the target of abuse on Twitter,” he told investors on Tuesday during a conference call that was quoted by Variety. “We haven’t been good enough at ensuring that’s the case, and we need to do better.”

He stressed that “abuse is not civil discourse,” but also that the company would be careful not to encroach on the free exchange of ideas. “We are not, and never will be, a platform that shows people only part of what’s happening,” he said.

His remarks come just more than a week after trolls on Twitter subjected Leslie Jones, the comedian and actress who co-stars in the new reboot of the movie Ghostbusters, to a barrage of racist and sexist tweets, which briefly drove Jones from the website. Twitter’s management — or, some say, mismanagement — of abuse among its users has long been a subject of controversy, but the Jones affair seemingly prompted it to take action. Last week, Twitter permanently suspended a number of accounts involved in the assault, among them the account of the conservative writer Milo Yiannopoulos, who reportedly spearheaded the campaign against Jones. 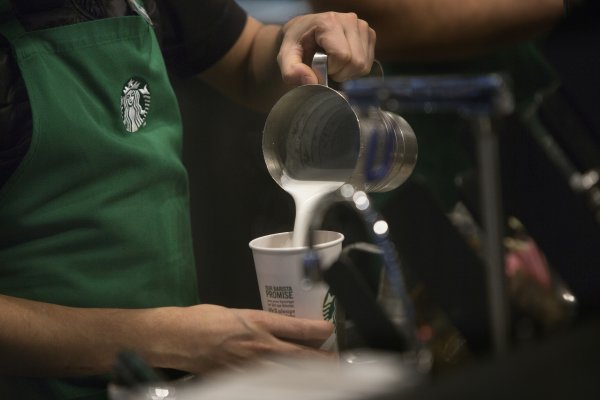 Your Starbucks Barista Is Allowed to Wear a Fedora Now
Next Up: Editor's Pick