What Bill Clinton Would Do in a Hillary Clinton White House

Drawing on his 40-year marriage with Hillary Clinton, former President Bill Clinton told the nation stories Tuesday night about a remarkable partnership that could make history again—for both of them.

“I married my best friend,” Clinton said of his wife, a trailblazing former First Lady, Senator and Secretary of State. “She figured out what needed to be done and what made the most sense and what would help the most people. And if it was controversial, she just tried to persuade that it was the right thing to do.”

His keynote speech on the second day of the Democrats’ nominating convention in Philadelphia was filled with jokes about his wife’s fussiness over drawer liners and praise for her get-things-done attitude. The touching stories capped a night sagely designed to introduce voters to the Hillary Clinton that her friends say we would love, if only we knew her the way they do.

If Hillary Clinton wins Presidency, it remains an open question what, exactly, Bill Clinton will do and what roles he will play. For the moment, the job is to be chief character witness for her campaign. But the role would likely expand if he moves back into 1600 Pennsylvania Avenue once more.

Clinton occupies a unique place in American politics, and remains one of the greatest political minds in the party, a world-class campaigner and unrivaled strategist. The Presidents since he left office—George W. Bush and Barack Obama alike—have phoned him looking for advice. One veteran of the Obama White House said this week that he was jealous he wouldn’t be working in the same building as Bill Clinton. “Life,” he said, “would have been easier if we could pop over to the East Wing to run idea past Bill.”

America has never before had a female leader, let alone a male first spouse, let alone a first spouse who is himself an ex-President. It’s one thing when Michelle Obama pops over to the West Wing to chat with Barack Obama. It’s another when two presidents live together in the White House residence.

Hillary Clinton has said she would rely on her husband for advice, especially on the economy, and may give him a specific global problem to solve—from a perch in government, as opposed to the family foundation, which he is likely to turn over to daughter Chelsea if her mother wins.

Some Hillary Clinton friends suggest he could be dispatched abroad, where he has tremendous popularity. He has taken some of those missions for other Presidents—heading up Haitian earthquake fundraising and bringing home journalists detained in North Korea.

Bill Clinton is unlikely to take up the more traditional First Lady duties, such as managing florists and catering. Hillary Clinton said she would keep an eye on those more social aspects, something her longtime friends say she enjoys. “Just because she’s dealing with China doesn’t mean she can’t also deal with the china,” one longtime friend said.

For now, Clinton aides are trying to deflect any specific speculation on what Bill Clinton would do if they move back to the White House. It’s premature, they say. Left unsaid: most of these aides don’t know if they are getting gigs in the White House.

When Hillary Clinton asked her advisers’ opinions on her running mate, Bill Clinton was in the room in many ways. Yes, Bill Clinton joined a lunch with Tim Kaine and his family, but aides also repeatedly wanted Hillary Clinton to consider how her No. 2 would deal with having an ex-President in the mix. They cautioned against picking someone who might be jealous of the first spouse’s ability to sway Hillary Clinton during Oval Office meetings or in private moments in the White House residence.

Despite the unchartered territory Bill Clinton would navigate, it’s not like other presidential spouses have been armchairs. Hillary Clinton reshaped the public role of First Lady, taking on an ambitious health care overhaul and being a key player in her husband’s Administration. She took an office in the West Wing and had more senior staffers working for her than did Vice President Al Gore. Her critics pilloried her as overly ambitious, and even during the 1992 campaign, political advisers said polls showed voters sour on her.

First spouses, of course, have always wielded power and influenced their partners in private. Nellie Taft wrote her husband’s speeches and cajoled Teddy Roosevelt into endorsing William Howard Taft. Her power was so great that, in 1909, he wrote a to his wife after she vetoed her husband’s picks for ambassadors to China and to England: “Memorandum for Mrs. Taft—the real President—from the nominal President.”

Bill Clinton is unlikely to have such a formal role, but top Clinton aides half-joke that it’s a toss-up as to which staff will be more demanding: Bill’s or Hillary’s. It’s entirely plausible that Bill Clinton’s chief of staff could find himself or herself as powerful as the Cabinet-ranked counterpart to Hillary Clinton. If Hillary Clinton wins the Presidency, keeping Bill Clinton focused and in his lane will be an enormous task.

Read More: How Would Bill Clinton Handle the Role of ‘First Spouse’?

It’s also not clear how the public will look on the return of the ex-President. In office, his approval ratings swung from 37% to 73%, according to Gallup. Last year, the polling giant found him at a 59% favorable rating, up from the average 55% he enjoyed in office.

For now, Bill Clinton seemed ready to help his wife make history. In a speech that was remarkably on-message, Clinton urged supporters to roll up their sleeves and send the Clinton—Bill and Hillary—back to the White House.

“For this time,” Bill Clinton said, “Hillary is uniquely qualified to seize the opportunities and reduce the risks we face today and she is the best darned change maker that I have ever known.” 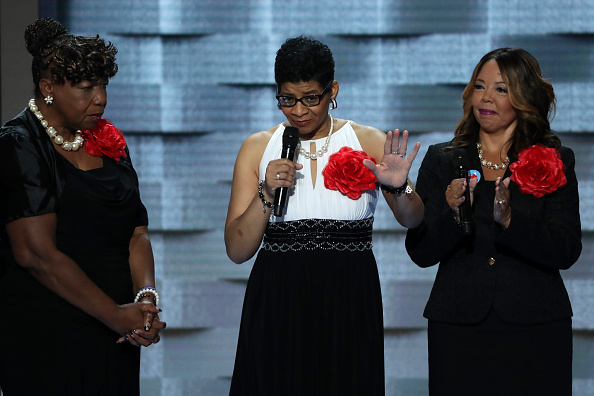 Democrats Launch Operation to Humanize Clinton
Next Up: Editor's Pick