Hillary Clinton is the first female presidential nominee for a major political party. And her campaign wants to capitalize on that history with merchandise that went on sale Tuesday as she was officially nominated.

“A button big enough to match your excitement about the first woman president,” reads her campaign website. “Display on a flat surface or pin to your favorite campaign tee.”

The campaign began selling the buttons, which say “Madam President” and sell for $6, almost immediately after she beat Senator Bernie Sanders in the roll call vote of delegates at the Democratic National Convention in Philadelphia. Another version says “History Made.”

When Clinton clinched the nomination, the campaign sold a “History Made” button with the date “June 7, 2016,” the day she moved past the magic number of 2,382 delegates. That button is a dollar cheaper, at $5. 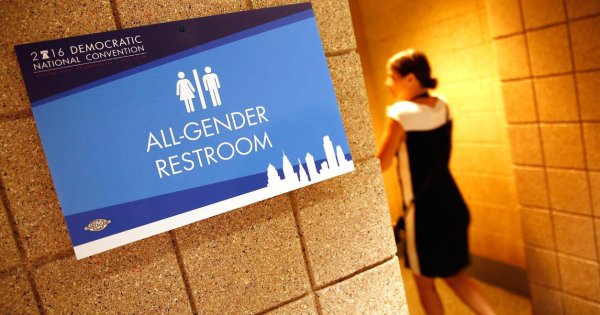 Watch How People React to an All-Gender Bathroom at the DNC
Next Up: Editor's Pick