What to Watch on the Second Night

Good evening from Philadelphia, where Hillary Clinton has just been crowned as the Democratic presidential nominee—the first woman to earn the title. After a morning of behind-the-scenes wrangling over the process, Sen. Barbara Mikulski, U.S. Rep. John Lewis, and Na’ilah Amaru, a campaign contest winner, officially entered Clinton’s name into nomination. (Clinton aides held out hope they could convince Sanders to do it himself.) In an orchestrated dance, Vermont passed when its position came up in the roll call of states, moving it to the back of the line. When it came up again, the state moved to nominate Clinton by acclamation, both allowing all votes to be counted and putting party unity on display. Kaine’s nomination for the vice presidency also sailed through by voice vote.

Tuesday night’s program is designed around the theme “Fights of Her Life,” featuring an litany of activists, celebrities, and average Americans who will speak to Clinton’s personal side. “She is the most-famous, least-known person in the country,” Clinton campaign communications director Jennifer Palmieri said Tuesday, repeating an oft-used phrase in Clinton-land. Actress Elizabeth Banks will serve as the host of much of the evening, while Tony Goldwyn, America Fererra and Lena Dunham will speak, as will Meryl Streep, who is introducing a bio video about Clinton set to air after former President Bill Clinton’s keynote address. Also on the lineup were the Mothers of the Movement, the mothers whose unarmed African-American children have been killed by police or other gun violence and others who have been impacted by Clinton’s work.

What you missed today: Efforts to pressure Bernie supporters to fall-in behind Clinton

What you’ll want to look out for during the speeches: How hard will Bill Clinton go after Trump

Read the best from the convention below and check Time.com for updates all night:

Photos: Family Feud at the Democratic National Convention
The boos and chants of protesters competed with speakers at the DNC

“It’s easy to boo, but it is harder to look your kids in the face who would be living under a Donald Trump presidency.” — Bernie Sanders chastises supporters Tuesday morning for failing to fall in line behind Clinton

Michelle Obama Reminded Us That Slaves Built the White House. Here’s What to Know [TIME]

Meet the Grieving Mothers Speaking at the Democratic Convention [TIME] 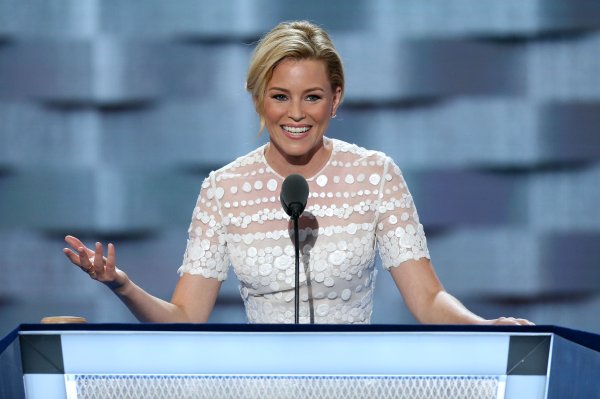