Cremation Is Now Outpacing Traditional Burial in the U.S.

Cremation outpaced traditional burial in the U.S. for the first time in 2015. Here, a cremation urn is shown.
Godong—Getty Images
By Josh Sanburn

When Robert Boetticher, Jr., was in mortuary school in the 1980s, his teachers barely mentioned cremation. And that mindset was reflected in the funeral homes he managed in California the following decade, which weighed heavily toward traditional burial. The fledgling cremation business, meanwhile, was often given to the youngest employees.

“The thought was, ‘It’s just a cremation family,’” Boetticher says. “That was how we managed the process. We didn’t talk through what kind of ceremony they would want. We didn’t focus the kind of energy on it that was often associated with burial.”

Boetticher now runs the Cloverdale Funeral Home, Cemetery and Crematory in Boise, Idaho, and since his time in California, the business has completely flipped. More than 60% of Cloverdale’s clients request cremation, evident in the funeral home’s two cremation gardens filled with benches and pedestals and giant granite monoliths, all designed to hold cremated remains. “You have to embrace the consumer,” Boetticher says.

Last year, the consumer spoke quite clearly. According to industry figures obtained by TIME, cremation surpassed traditional burial rates for the first time in the U.S., a milestone in the transformation of the $16 billion death industry decades in the making. According to the figures TIME reviewed, the Cremation Association of North America projects that in 2015, the cremation rate was almost 49% nationwide compared to the National Funeral Directors Association burial rate estimate of 45%. And both groups expect the trend to continue.

In 1980, the cremation rate around the U.S. was just under 10%, and the percentage has been shifting toward cremation since. Part of the reason is cost—cremation is often thousands of dollars cheaper than burial because it doesn’t require a casket, embalming, or a cemetery plot. It’s been increasingly accepted by organized religions, including the Catholic Church, which historically opposed the practice. It can also be a more sensible choice for a population more mobile than previous generations. Fewer Americans today live and die in the same place, and cremation is often seen as a flexible option for those who have moved far from family plots or hometown cemeteries.

California leads the country in the number of cremations performed each year. In 2015, California cremated 157,012 people, according to CANA’s 2015 projections, followed by Florida (123,671) and Texas (73,882). Nevada, however, leads the nation in the share of cremations at 77.4%, followed by Washington (76.3%) and Oregon (75.8%). Iowa, Wyoming and North Dakota, meanwhile, have seen the biggest increase in cremation rates over the last several years.

Read more: Ashes to Ashes: The Growing Popularity of Cremation

Still, much of the industry has started adapting to consumers’ waning interest in traditional burial. Many funeral homes now offer an array of cremation products and highly personalized urns, including fireworks that can shoot remains into the sky, vinyl records that hold ashes, and coral reefs made of remains. And like Cloverdale in Boise, funeral homes often have designated areas for cremation ceremonies and memorials.

The NFDA projects that by 2030, cremation rates will top 70%, a full reversal in roughly 30 years. CANA, which only makes five-year projections, is more cautious in its estimates but does project cremation rates to hit 55% by 2020.

“If funeral directors sit and do nothing as cremation rises, their business is going to take a hit,” Boetticher says. “You’ll always have people who will never embrace cremation. But funeral directors have to reinvent themselves.” 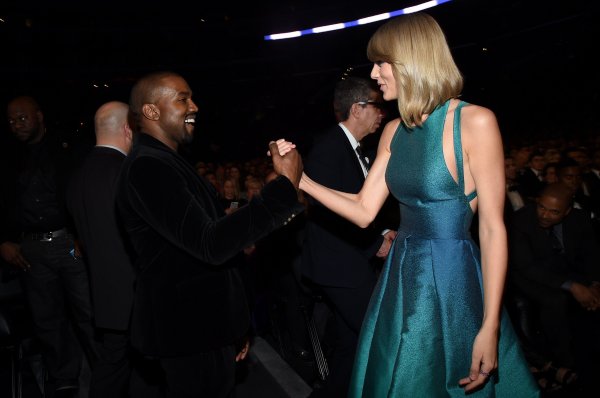 Did Kanye West and Kim Kardashian Break the Law by Recording Taylor Swift?
Next Up: Editor's Pick