A musician was captured performing an elaborate snare drum solo on the street to young Brooklyn rapper Desiigner’s latest drop, “Timmy Turner,” and part of his mesmerizing show was tweeted out on Monday.

Washington, D.C.’s Malik Stewart is one seriously talented drummer. More than 25,000 retweets later, even Desiigner himself has given Stewart props for his impressive take on the beat-heavy tune, commenting on an Instagram post of the performance with a fire and rocket emoji. At one point in the clip, Stewart — who keeps things interesting with fancy footwork and plenty of tosses and spins of his drumsticks — even drops one of his sticks. But he continues the song without skipping a beat. Literally.

And that song he’s riffing on? You might have heard Kanye protégé Desiigner’s earworm “Panda” before. He released the follow-up, “Timmy Turner” just last week after teasing it for months, and it was quickly Kanye-West-approved, too. (And yes, the song title is a reference to Nickelodeon’s Fairly Oddparents cartoon, popular in the early 2000s.) Just try getting this one out of your head — especially overlaid with Stewart’s seriously sick drumming. 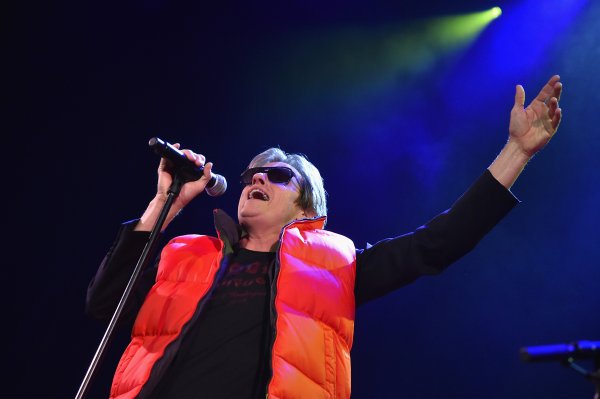 Beyoncé Apparently Had Absolutely No Clue Who Denis Leary Was
Next Up: Editor's Pick