The Democratic Party Is More Extreme on Abortion Than Ever

On Monday night the Democratic Party ratified a platform custom made to reflect Hillary Clinton’s policy agenda. And just when you thought the Party couldn’t get more extreme on abortion, think again.

The last time the Democratic Party nominated a Clinton for the presidency was 1996. Bill Clinton was no friend to unborn children, twice vetoing the Partial Birth Abortion Ban Act.

But Bill Clinton and the Party’s platform were at least willing to pay lip service to pro-life Americans, especially those within the Democratic Party.

It was Bill Clinton who said abortion should be “safe, legal, and rare,” with the last word indicating abortion isn’t something to be celebrated.

And in 1996, the DNC adopted a platform that characterized abortion as a “difficult issue” and because of that, “we respect the individual conscience of each American.” It called for making abortion “less necessary” and “more rare.”

Comparing it to the previous platform, this was new language geared at keeping pro-life Democrats in the Party, likely upset with Clinton’s first veto of the Partial Birth Abortion Ban just months before the 1996 convention. Eighty-one Congressional Democrats voted for the ban. It also came in the wake of the 1992 Convention, in which Gov. Bob Casey Sr. was denied the opportunity to speak because of his pro-life views.

Fast forward to the 2016 Democratic platform.

Long gone is the goal of making abortion “rare,” along with the idea of “respect[ing] the individual conscience of each American” on the issue.

Instead, the 2016 platform calls for quite the opposite: the repeal of the Hyde Amendment. Repealing this longstanding amendment to a bill would mean abortions for Medicaid recipients, paid for with taxpayer funds. Forcing Americans to pay for the abortions of others hardly respects conscience rights; it’s a direct assault on them.

National Right to Life’s Douglas Johnson has testified before Congress that “over one million Americans are walking around alive today because of the Hyde Amendment. … We believe that the Hyde Amendment has proven itself to be the greatest domestic abortion reduction law ever enacted by Congress.”

With the Party’s platform veering hard to the left on abortion, some will point to Clinton’s selection of Sen. Tim Kaine as some sort of counter-balance.

There is reason for the confusion as Kaine has tried to have it both ways on abortion. He most recently told CNN: “I have a traditional Catholic personal position, but I am very strongly supportive that women should make those decisions and government shouldn’t intrude.”

Voters should not be fooled by his equivocation: Sen. Kaine’s “traditional Catholic personal position” has never affected the way he’s voted in the Senate, as evidenced by his 100% pro-abortion rights record. His most egregious votes include voting against a ban on later-term abortions, and voting to send taxpayer funding to America’s largest abortion provider, Planned Parenthood.

Further, if Sen. Kaine truly had a “traditional Catholic personal position,” it would preclude him from having a pro-abortion rights public policy position. The Catechism of the Catholic Church clearly states that the rights of the unborn person “must be recognized and respected by civil society and the political authority.” The Church’s teaching applies to those in the public square.

Despite all this, the Democratic Party and their allies will undoubtedly try to use Kaine as a way to keep the 32% of Democrats who consider themselves pro-life to stay in the tent.

The GOP shouldn’t let them get away with it. Instead, it’s time to expose the Democratic Party’s extreme stance on abortion, especially their support of later term abortions and their call for taxpayer-funded abortions by repealing Hyde.

Doing so would galvanize the GOP’s base while drawing in some of those pro-life Democrats who feel abandoned by their Party.

It’s exactly what SBA List is doing door-to-door in key battleground states: Targeting pro-life Democrats, including Hispanics, and informing them of the extreme pro-abortion rights votes and stances taken by Hillary Clinton and down-ballot Democratic candidates. Both parties should take notice. 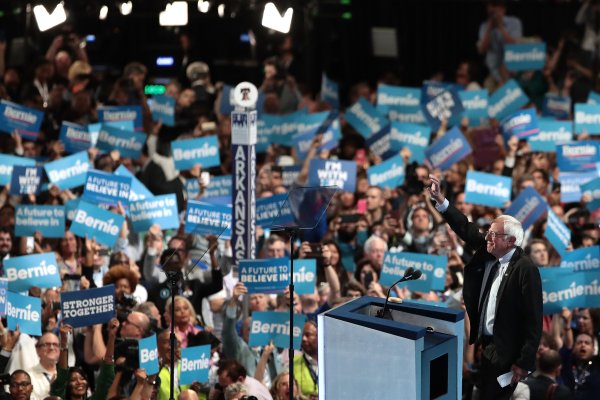 The Democratic Party Is Not One of Inclusiveness
Next Up: Editor's Pick