People Really Want the Rock to Run for President

Dwayne “The Rock” Johnson might just be the people’s choice for President.

The actor, former wrestler and general media superstar (his newly launched YouTube channel already has nearly one million subscribers) doesn’t have a political history, per se. But he sure is popular.

At the Democratic National Convention on Monday, fans held up signs showing their support for the Ballers star as an alternate candidate in this year’s contentious race. It’s not totally out of left field: earlier this spring, he admitted that he finds the political arena attractive.

Looks like he’s still digging the idea, as he posted this still of his fans at the DNC in Philadelphia on his Instagram, adding the hashtag #PresidentRock… and racking up over 500 thousand likes in less than a day. He also reweeted a fan’s photo of the sign, joking about his connection with President Obama.

This isn’t the first time he’s played into his political popularity on social media, either; he’s also Tweeted that “maybe one day” he’d consider the campaign trail.

But for now, it looks like he’s comfortable ruling pretty much all of Hollywood’s blockbusters… and not bothering with running the entire free world. Yet. 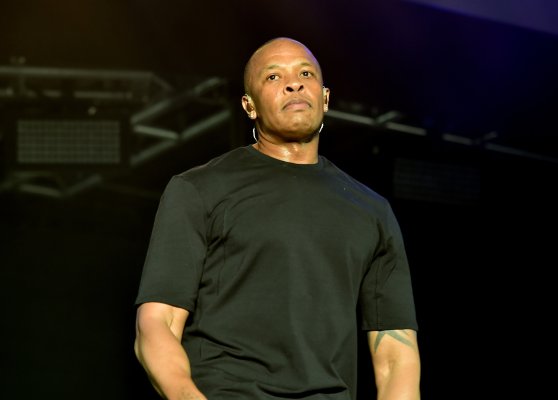 Dr. Dre Briefly Handcuffed Outside His Home After Man Accuses Him of Pointing Gun
Next Up: Editor's Pick