It’s increasingly difficult to tell if an action movie is truly exciting, or if it’s just working hard to convince us it’s exciting. By that measure, Jason Bourne—the fifth installment in the peripatetic spy-thriller series based on the character created by Robert Ludlum, and the fourth starring Matt Damon—is the hardest-working movie in show business. This time, like the last time we saw him, the amnesiac, remorseful CIA-trained killer Bourne is on the run, and in the age of Edward Snowden, writer-director Paul Greengrass, along with co-writer Christopher Rouse, didn’t have to stretch much to come up with a plot. Bourne has seemingly evaporated into the global landscape, only to be lured out when an old pal, tech whiz and freedom-of-information fighter Nicky Parsons (Julia Stiles), taps into a top-secret government scheme more nefarious than anything that has come before. Crabby CIA honcho Robert Dewey (Tommy Lee Jones) sics a vicious operative on the duo—he’s played by Vincent Cassel, and he’s known only by the delectably witty name Asset—but the one Dewey really wants is Jason Bourne. A young agency go-getter, Alicia Vikander’s Heather Lee, persuades Dewey to let her spearhead the mission, tracking Bourne through Greece and later Las Vegas. Her hope, or so she says, is to get him to rejoin their band of covert global evildoers.

Of course, Bourne is that rare snowball in hell who refuses to melt—that’s why we love him. But even in the context of its unapologetic liberalism, and its stalwart belief in the people’s right to know all, Jason Bourne feels stagily synthetic. Greengrass, a meticulous, thoughtful filmmaker (he also directed the second and third films in the series, The Bourne Supremacy and The Bourne Ultimatum), clearly believes in what he’s doing. But his earnestness is at odds with the movie’s desperate, frenetic desire to keep us engaged every minute. By the third sliced-and-diced chase scene—or is it the fourth?—you feel worked over rather than energized. Who’s coming from where? Your guess is as good as mine. Obsessive, frenzied editing, in which chunks of action are arranged like squares in a Cubist painting, is a hallmark of the series—you couldn’t imagine a Bourne picture without it. But we already live in a world where the powers that be want to keep us in the dark. Can’t we have a little clarity in our action movies?

Yet Jason Bourne has one thing going for it. Watching Damon, in motion or in a rare moment of rest, is the movie’s purest pleasure. In one sequence, with his pursuers close behind, he sifts into a panicking convention-­center crowd like a single granule of flour. You spot him, wearing a baseball cap—aha! But then he whips it off, discarding it casually as he drifts by, and he’s gone again, though it’s impossible for us to truly lose sight of him. Damon, his eternal boyishness finally settling into the inevitability of middle age, brings the personal touch this movie needs. Its action is generic, but he’s always special. When the camera comes in close, we see in his Jason Bourne a man of conscience and of great, bruised feelings. Damon’s Bourne is as good as dead if he fails to blend in. But he could never be just another bro in the crowd. 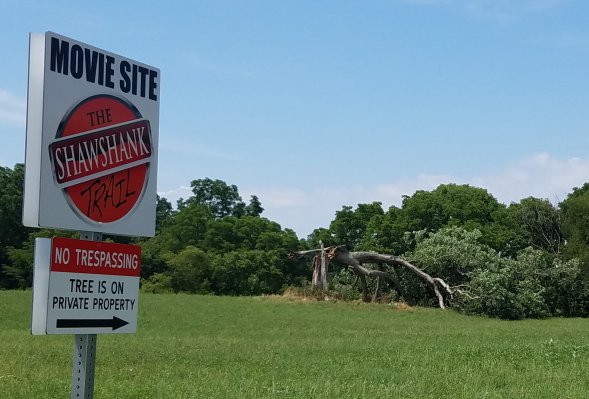 Tree From Shawshank Redemption Toppled Over by Strong Winds
Next Up: Editor's Pick