The Democratic Party Is Not One of Inclusiveness

Sen. Bernie Sanders delivers remarks at the Democratic National Convention on July 25, 2016. Sanders lost the Democratic nomination to Hillary Clinton, who he urged his supporters to vote for.
Drew Angerer—Getty Images
Ideas
By Christopher J. Hale
Hale is a Democratic politician from Tennessee; he has been a Catholic nonprofit executive and helped lead faith outreach for President Barack Obama.

Anyone who tells you the Democratic Party is united is lying. A bitter and hard-fought primary between Hillary Clinton and Bernie Sanders is only the part of the fruit of an increasing divide between the old-guard establishment and the new democratic populist movement on issues across the board.

The leadership of outgoing Chairperson of the Democratic National Committee Debbie Wasserman-Schultz did not help bridge this growing divide. But the problem extends way past her. The Democratic Party has their lowest number of elected officials in Congress since the Hoover Administration. And since 2010, Democrats have lost 912 state legislative seats and 30 state legislative chambers. If it weren’t for President Obama’s two consecutive victories, it would be the Democrats—not the Republicans—who would be fielding questions about their party’s possible extinction.

If the party wants to win back at both state and national levels, it needs to regains its identity as the party for everyone. This radical inclusivity is at the heart of the progressive tradition. And while it sounds romantic, in practice it isn’t easy. It requires an openness to those who disagree with the party establishment on a variety of issues. Joe Biden said it well last year: The Democratic Party should be a big-tent, open to people of different beliefs.

He’s right. A Democratic Party that welcomes everyone is a party with a bright future.

Among Americans right now, there’s a fear that an oligarchy of exclusion marks our nation’s politics. The winner of the 2016 elections will be the party that rejects that. The Democratic Party hasn’t done enough to convince the American people that they do.

Their platform is a good example of this reality. It leaves little room for those who, like Secretary Clinton, oppose the Trans-Pacific Partnership. It doesn’t resonate with young people of all political stripes in the United States and across the globe who believe that a new way of peace, justice and reconciliation with human rights at the center must govern the conflict between Israel and Palestine. And finally, it belittles the 21 million Americans who proudly identify as Democrats, but disagree with the party’s stance on reproductive rights and believe that there is a right-to-life from conception.

No one’s naïve enough to think that the party will change its views on these issues. More than asking for significant policy changes, many disaffected progressives are asking that the platform express clearly that there is a place for Americans in the Democratic Party who disagree with the party on these and other issues.

Such language will go a long way in assuring Democrats and progressives across that the nation that this is party for everyone—without exception.

Those days are long gone for the Democratic Party. Clinton’s argument today is that abortion should be safe and legal. Rare is nowhere to be found. Even more, Clinton and the party have announced their opposition to the Hyde Amendment, which prohibits federal funding of abortion except in rare circumstances. Pro-choice activists hailed this as a new day for their movement.

They’re absolutely right. And it too is a new day for the Democratic Party. Michael Wear and Russell Moore said it well in USA Today:

So much for inclusivity being at the heart of this party’s vision. As of right now, those days are over. The Democratic Party in 2016 has sadly adopted a politics of exclusion, where those who were once welcomed no longer have a home.

Some will argue that such is the price for standing on firm values. But how meaningful are a party’s values if they’ve proven time and again whole ineffective in winning elections? As the past cycles have indicated, stubborn ideological purity isn’t the way to win perhaps the most important election in our nation’s history.

If the Democratic Party wants to win in November and win in the future, it must back away from this bourgeoisie, data-driven politics of exclusion and regain a politics of inclusivity and accompaniment, with a particular focus for those on the margins. Too often today’s Democratic Party speaks to the nation’s ideals, but does little to address the real concerns of the downtrodden.

That’s definitely a price worth paying. 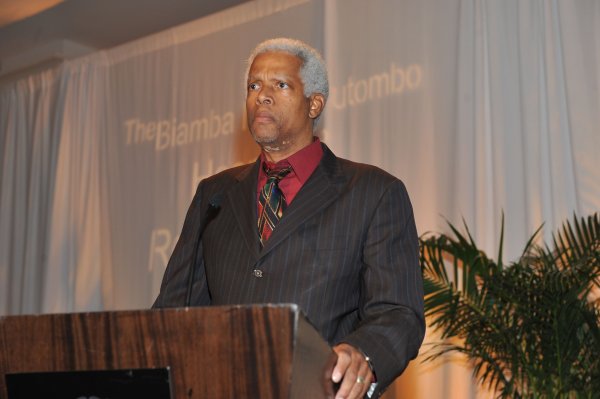 Rabbi Wolpe: There Is No Excuse for Anti-Semitic Smears
Next Up: Editor's Pick