Rabbi Wolpe: There Is No Excuse for Anti-Semitic Smears

Congressman Hank Johnson attends the 2012 Caring for Congo gala at the ST Regis Atlanta in Atlanta, Ga., on April 28, 2012.
Moses Robinson—WireImage
Ideas
By Rabbi David Wolpe
Wolpe is the Max Webb Senior Rabbi of Sinai Temple in Los Angeles, the author of eight books and has been named one of the 50 most influential Jews in the world by the Jerusalem Post.

On Monday a Democratic U.S. congressman said that Jewish settlers in Israel were “like termites.” Now, you might be tempted to not take Rep. Hank Johnson from Georgia seriously if I explain that this is the same congressman who expressed a fear in 2010 that the island of Guam might capsize if it were overpopulated. But he is on the House Armed Services committee. And a penchant for foolish statements does not excuse an anti-Semitic smear.

Apparently he apologized. Or did he? This was his tweet: “@ADL_National Poor choice of words – apologies for offense. Point is settlement activity continues slowly undermine 2-state solution.” The Anti-Defamation League tweeted back that they “appreciate” his clarification. That would have been far more convincing had the congressman apologized, but he did not. To apologize for “offense” is to say you are sorry that someone else feels the way they do. That is not an apology. “I am sorry I said something stupid and anti-Semitic”—that would have been a fitting apology.

These are not trivial issues. We are a half century away from millions of human beings who were designated as “vermin” and killed. When people say the Nazis “exterminated” Jews they unwittingly appropriate this insect metaphor. To call Jews “termites” is base and vile.

Imagine for a moment that someone were to say: “The Black Lives Matter movement are like termites undermining American democracy.” The outcry would be loud and long, and entirely justified. If the apology were as equivocal and insufficient as the congressman’s, you can bet the polemicists would be out with their sharpest knives.

You don’t know a good person by the fact that they never say anything objectionable. Everyone in the public eye, used to speaking rivers of words, will choose badly at times. While it is true that not everyone will make a racist, sexist or anti-Semitic remark, we can try to be generous and allow some leeway. But a good person will be horrified when they realize what they have said. They will not apologize for someone else’s taking offense, but for their own insensitivity and cruelty.

Draw your own conclusion. 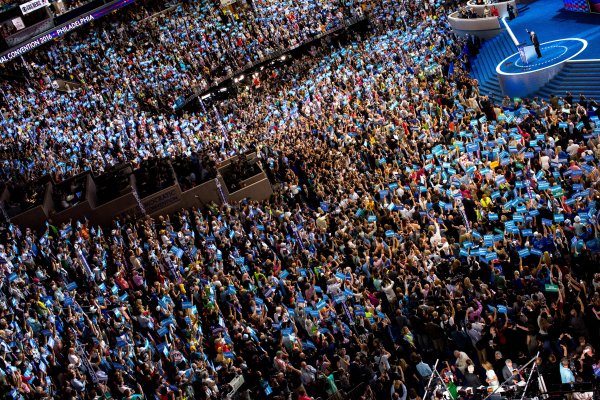 The DNC Hack Was a Brilliant Political Weapon
Next Up: Editor's Pick