Cecile Richards: Tim Kaine Is An Incredible Ally for All Women

In this presidential election, women’s health and rights are on the line and on the ballot. For nearly 100 years, Planned Parenthood has been fighting for equal opportunities for our daughters to have an equal shot at building the lives they want and to chase their dreams wherever they lead.

The stakes for young women — and for parents who want their daughters to have the same opportunities as their sons — have never been higher.

The good news is there has never been a presidential ticket more committed to women’s health and reproductive rights than that of Hillary Clinton and Tim Kaine. And we have never needed their leadership more.

The last few years have been brutal for those of us who believe that women should be able to make their own health care decisions. States have passed hundreds of laws to make it harder to access safe and legal abortion, and Congress has tried repeatedly to block people from coming to Planned Parenthood for care.

Since 2012, I have had the opportunity to work with, and get to know, Senator Kaine. He has been an incredible ally in the Senate, as Planned Parenthood Action Fund has battled back against attacks on women’s ability to access birth control, repeated efforts to repeal the Affordable Care Act, and attempts to block women from accessing care at Planned Parenthood health centers.

Senator Kaine has voted for equal pay legislation and pro-women’s health legislation while in the Senate. He has voted over and over to protect access to care at Planned Parenthood health centers for people who rely on public health programs. And in the most recent stalemate with the Republican-led Congress, Senator Kaine fought for greater family planning resources to address the looming threat of the Zika virus in the United States.

In every one of these battles, Senator Kaine has been resolute and strong, and his voting record has earned him a 100% rating from the Planned Parenthood Action Fund. Senator Kaine has long held personal beliefs about abortion, but he does not impose those personal beliefs on public policy. He understands that personal decisions about pregnancy and whether or when to have children belong to women — not politicians.

As elected officials learn that women across the nation can’t get the sexual and reproductive health care they need because of legislative barriers, we have seen them evolve. Senator Kaine is one of those leaders.

As I travel the country, I’ve heard hundreds of stories about how laws and restrictions play out in women’s lives. A young woman from Midland, Texas, told me that she drove 300 miles each way to access safe and legal abortion. A young woman in Iowa told me she was graduating from college because of two things: scholarships and birth control.

Hillary Clinton and Tim Kaine have heard stories like these, too. They have made the fights of Planned Parenthood patients their own.

In fact, Governor Pence is known by many only because he wrote the playbook on blocking access to preventive care at Planned Parenthood health centers — birth control, well-woman exams, and life-saving cancer screenings.

Governor Pence’s policies do not reflect how the vast majority of Americans feel about access to reproductive health, yet he has spent his career using his position to impose his personal beliefs on millions.

The world we want for our children is one where every person has access to compassionate, high-quality health care and the support they need so they are equipped to build the lives they want.

That’s the future Hillary Clinton and Tim Kaine will deliver. It’s the future Planned Parenthood Action Fund is fighting for every day until November 8, and for the next 100 years. 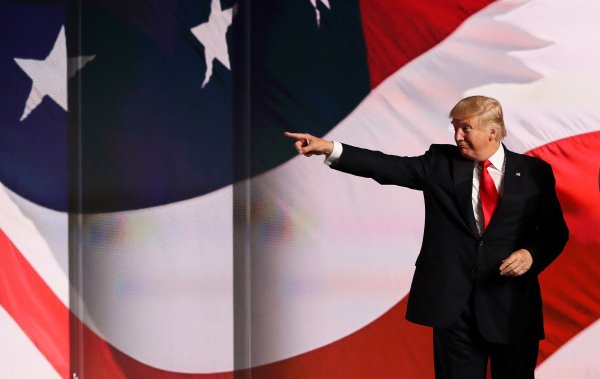 Donald Trump Undermines Everything Veterans Have Fought For
Next Up: Editor's Pick