Violent crime is on the rise in some major U.S. cities so far in 2016, continuing a trend that began last year after decades of falling crime levels.

There were 307 more homicides in big cities in the first six months of 2016 than there were during the same period in 2015, according to a new survey released Monday by the Major Cities Chiefs Association.

The survey—which included data from 51 law enforcement agencies in some of the largest cities in the U.S.—also found that there have been about 1,000 more robberies, 2,000 more aggravated assaults and 600 more non-fatal shootings in 2016 than at the midway point in 2015.

The increase is in keeping with a rise in violent crime that emerged last year, when the homicide rate rose in many cities. The Major Cities Chiefs Association released a report earlier this year showing that crime had continued to rise in the first quarter of the year.

But some experts cautioned that the mid-year survey doesn’t signify a nationwide crime wave. “These local upticks cannot be ignored, but it’s irresponsible to draw long-term conclusions from six months of data,” Ames Grawert, counsel in the Brennan Center’s Justice Program, said in a statement. The Brennan Center, a nonpartisan law and policy institute, noted that out of the 51 cities included in the survey, the homicide rate increased in 29 cities and decreased in 22. More than half of the uptick in homicides took place in Las Vegas, Chicago and Orlando—where 49 people were killed in the largest mass shooting in U.S. history last month.

In his acceptance speech at the Republican National Convention last week, Donald Trump painted a bleak picture of crime in the U.S., warning of “violence in our streets and the chaos in our communities.” President Barack Obama countered the speech, referring to Trump’s arguments as “fears that don’t have a basis in fact” and noting that the murder rate is lower than when he took office.

“This idea that America is somehow on the verge of collapse,” Obama said, “this vision of violence and chaos everywhere doesn’t really jibe with the experience of most people.” 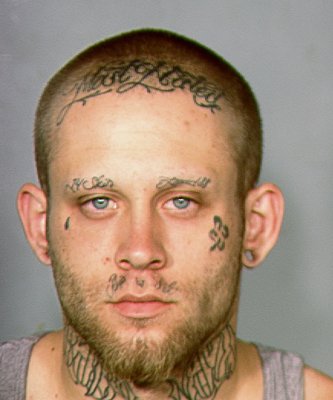 Judge Orders Robbery Suspect to Cover Up Nazi Tattoos During Trial
Next Up: Editor's Pick