How Tall Would You Have Been 100 Years Ago?

Wish you were a little bit taller? Imagine if you were born a century ago.

New research has revealed how much heights have changed over the last century.

Enter your information into the calculator below, which is based on 100 years of height data from 187 countries, to see how tall (or, likely, how short) you would have been if you’d been born at the beginning of World War I.

Compared to growth trends in other countries, Americans are getting shorter of late. Eighteen-year-old men in the U.S. have shrunk by 0.3 inches since peaking at an average 5 feet, 10 inches in 1996, according data published in the eLife journal. American women also stalled in height after reaching a maximum average of 5 feet, 5 inches in 1988.

The stagnating height of Americans may be due to environmental factors such as nutrition and quality of healthcare during pregnancy and childhood, co-author James Bentham said in an email.

Dutch men—the tallest in the world—average a full 6 feet, while Latvian women hold the record at 5 feet, 7 inches.

East Asian countries have seen dramatic height increases over the past century: Japanese men have grown nearly 6 inches and South Korean women have grown almost 8 inches. Heights in the Middle East and several African countries, though, are on the decline after maxing out in the past few decades.

The calculator finds the average height for 18-year-olds of your gender, from your country, born the same year as you. Then it finds out how much shorter the same demographic was in 1914. The difference between these averages is then subtracted from your current height to calculate your size in 1914. 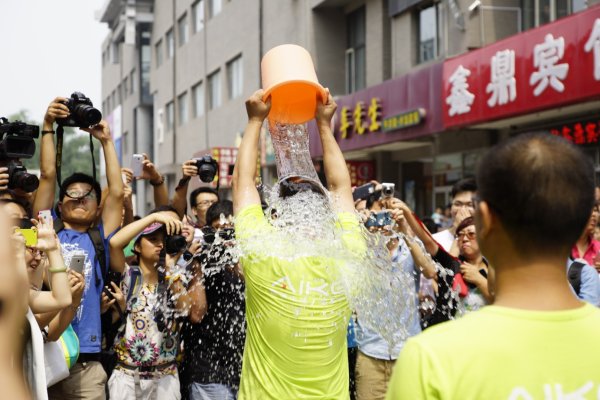 Remember the Ice Bucket Challenge? It Helped Fund the Discovery of a New ALS Gene
Next Up: Editor's Pick