Matt Damon and Jimmy Kimmel have a long-documented fraught relationship. It all started as a running gag on Kimmel’s show back in the early 2000s.

“Apologies to Matt Damon, we ran out of time,” he’d close his set every night, in a self-deprecating joke about his lack of A-list celebrity guests.

So on Kimmel’s show on Monday, the two decided to talk it out on couples therapy. This wasn’t their first time on the couch together. But with Matt Damon hot on the promotions trail for Jason Bourne, it was time to reignite the feud (or, perhaps, lay it to rest).

At first, Damon insists he’s been coming to the show every night for 14 years, and has been court-ordered to attend therapy with Kimmel to counteract what Kimmel calls “stalking.”

“You invite me every day. You say I’m going to be on the show. And I’ve never been on the show,” Damon complains. “I’ve never met somebody who’s so horrible with time management.”

But Kimmel isn’t so quick to give in.

“There are repeated multiple violations. Besides the violence. There—I mean—forcing himself on the show. I was tied up. I was duct taped on my face,” Kimmel recalls about a previous incident with Damon, a “hostile takeover” of sorts.

“I snapped. Which I do. I snap sometimes,” explains Damon.

The real progress for the duo happens when the therapist suggests they try some art therapy. Watch to see the truth come out. 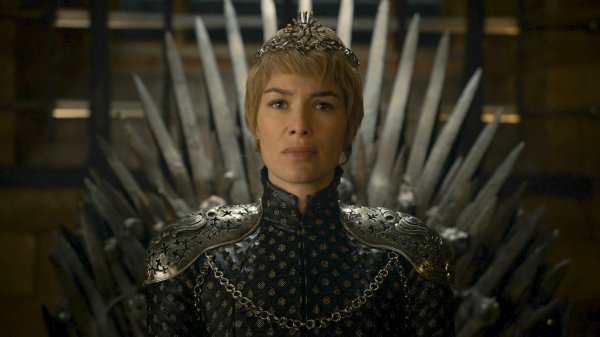 Here's Who Cersei Lannister Thinks Should Be President
Next Up: Editor's Pick