Eva Longoria was among many at day one of the Democratic National Convention to deliver a heartfelt and personal speech.

Offering up an energetic speech on Monday in Philadelphia, the actress spoke on her experiences as a Mexican-American, calling out stark contradictions between her upbringing and GOP candidate Donald Trump‘s earlier comments about Mexican immigrants.

“I’m from a small town in South Texas, and if you know your history, Texas used to be part of Mexico,” Longoria, 41, said. “I’m ninth generation American. My family never crossed a border; the border crossed us.”

Continuing on, Longoria made obvious references to Trump addressing immigrants as “rapists” who are “bringing drugs” and “crime” to America, as the former Desperate Housewives star pointed to her own family to disprove the billionaire businessman’s claims.

“When Donald Trump calls us criminals and rapists, he’s insulting American families. My father is not a criminal or a rapist, in fact, he’s a United States veteran,” Longoria said. “When Trump cruelly mocked a disabled reporter, he was also mocking my special-needs sister Lisa and many like her.”

She added: “When he said that a wife who works is a very dangerous thing, he not only insulted me, he insulted my mother who worked as a special-education teacher for 40 years and raised four children while being a wife.”

Despite a rocky start at the DNC, which saw a struggle for unity, Longoria’s oration – similar to First Lady Michelle Obama’s and Senator Bernie Sanders’ speeches – rallied the crowd as they cheered for her honest and personal account of why she’ll be casting her ballot in Hillary Clinton‘s favor come November. 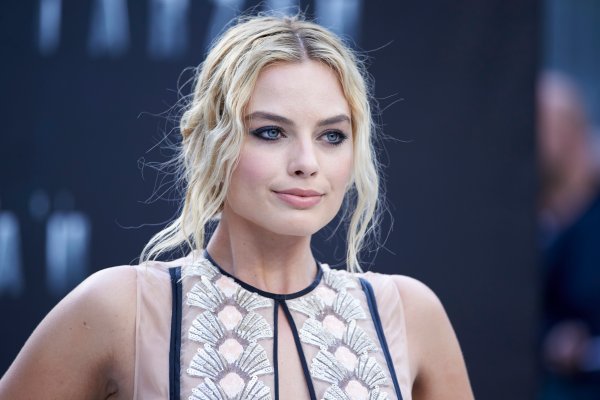 Margot Robbie Wasn't a Fan of Her Recent Vanity Fair Cover Story
Next Up: Editor's Pick