Amazon is set to expand drone testing in Britain, spurred by a partnership with the British government that poses fewer regulatory obstacles than the company has encountered in the U.S.

Amazon has permission from Britain’s aviation regulator to test aspects of its drone technology that the Federal Aviation Administration in the U.S. hasn’t allowed, the New York Times reported. Amazon CEO Jeff Bezos has said such regulation is the biggest obstacle to drone delivery.

The new British partnership will test drones flying beyond the line of sight of operators in rural and suburban areas. It will also test whether an operator can control multiple drones at once and whether the drones can effectively detect and avoid other objects, according to the Times.

The testing is part of Amazon’s goal of delivering packages in 30 minutes to homes around the world, using drones. Its new partnership suggests it will be able to do so in Britain sooner than in the U.S., though the company hopes that successful testing in Britain will lead the U.S. and other countries to ease up on restrictions, the Times reported. 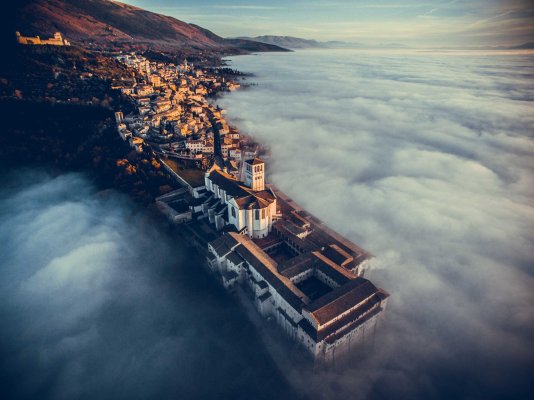 This Is the Coolest Drone Photo in the World
Next Up: Editor's Pick