When Bernie Sanders took the stage at the Democratic National Convention Monday night, the crowd cheered for the longest it had all night. Many were in tears when he brought up the final results of the nominating process, saying, “I think it’s fair to say that no one is more disappointed than I am.”

Over the course of his speech, chants from the delegates ranged from “Feel the Bern” to “He’s With Her.” Though the night notably began with disruptive Sanders supporters booing mentions of Hillary Clinton and Tim Kaine, the Vermont Senator renewed his call to his supporters to back Clinton. 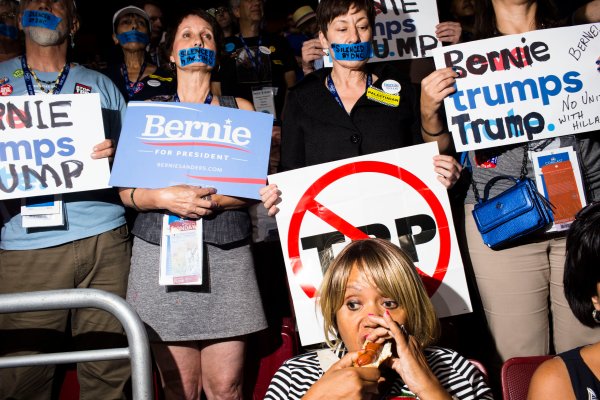 Bernie Sanders Has Lost Control of His Political Revolution
Next Up: Editor's Pick