China's then Central Military Commission former Vice Chairman General Guo Boxiong stands at attention during the playing of the national anthem before a meeting at the Pentagon in Washington in this July 18, 2006 file photo.
Yuri Gripas—Reuters
By Nash Jenkins

A top Chinese general was sentenced to life in prison on corruption charges Monday, becoming the highest-ranking military official in the country to be convicted of the crime since 1949.

The South China Morning Post and other outlets report that 74-year-old Guo Boxiong, who previously served as vice-chairman of the body that controls China’s People’s Liberation Army, faced criminal charges for accepting millions of dollars in bribes and using his status to help promote others. He was expelled from the Chinese Communist Party a year ago; he has now been stripped of his title as general and his assets have been seized.

According to China’s official Xinhua news agency, Guo pleaded guilty to the charges and would not appeal.

Guo’s conviction is the latest in a sweeping anti-corruption campaign in China spearheaded by President Xi Jinping. 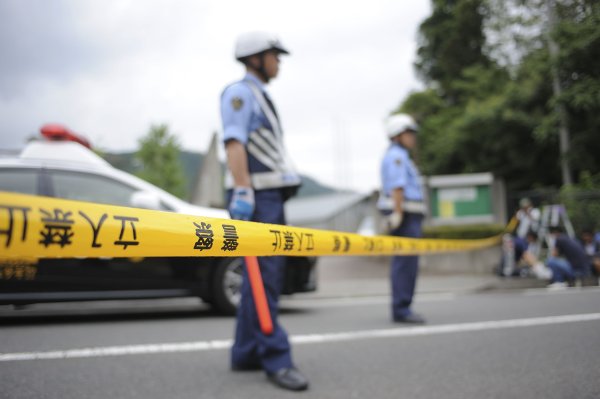 A History of Mass Killings in Japan
Next Up: Editor's Pick