See the Bernie Sanders Supporters Who Booed at the Democratic Convention 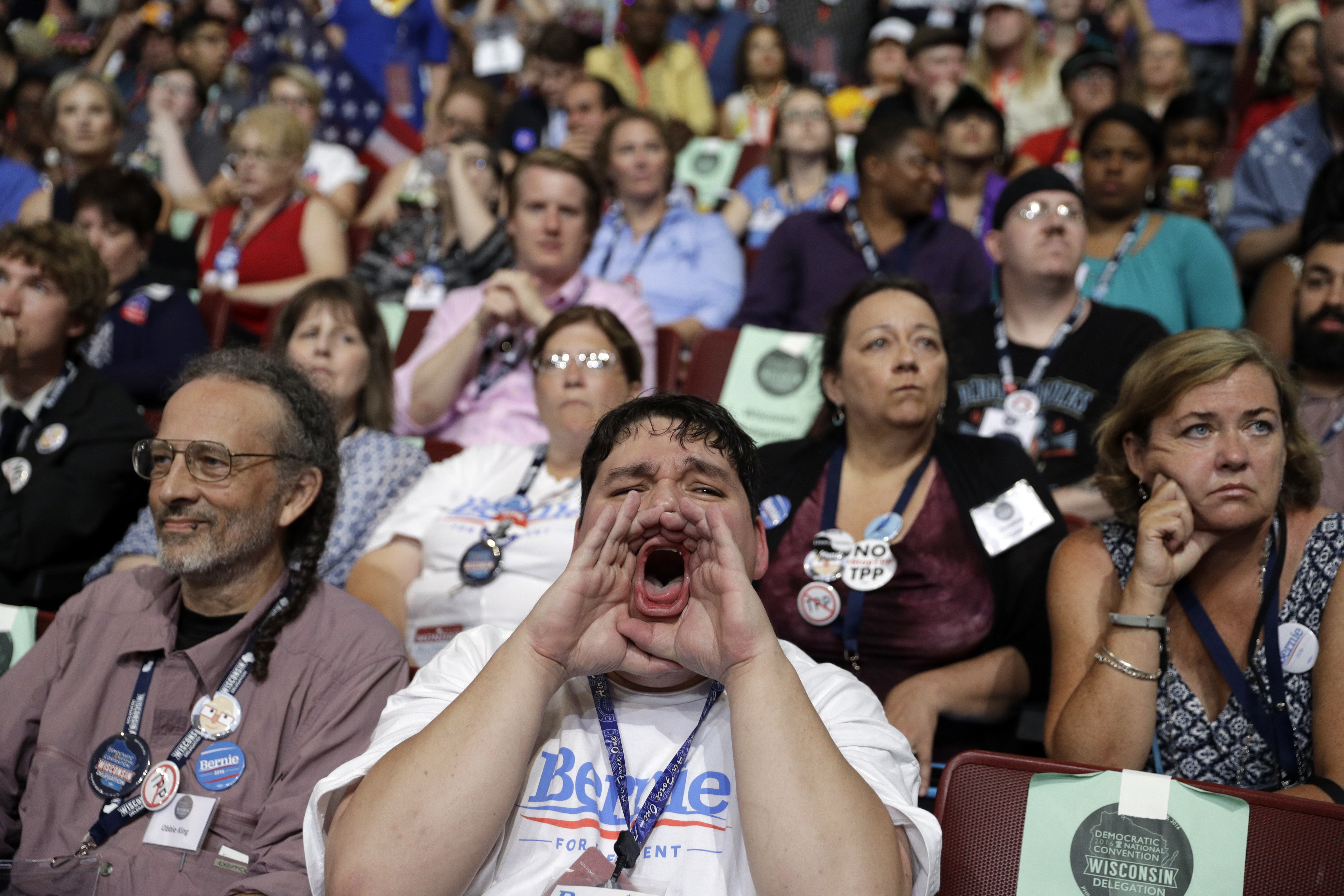 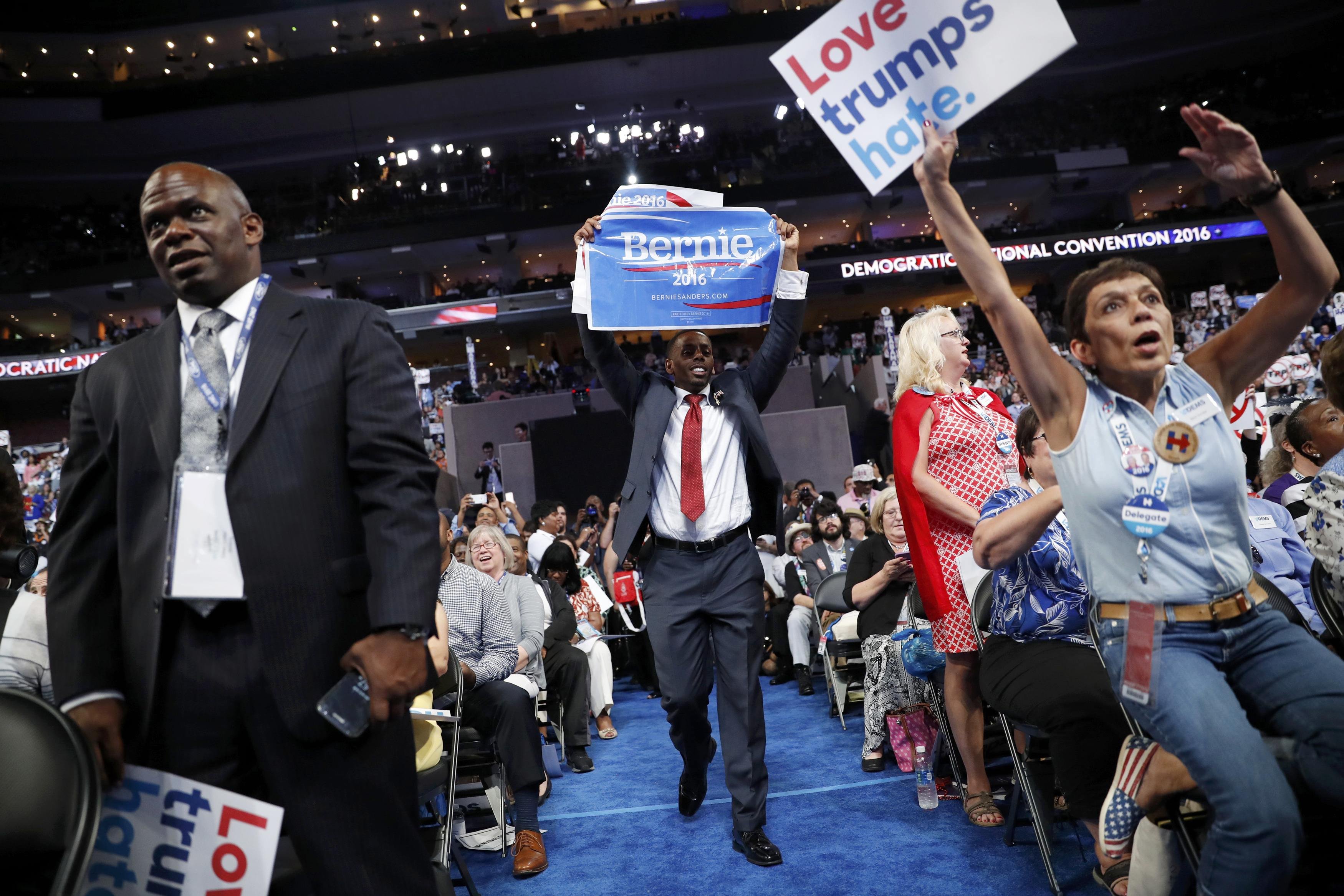 A supporter of former Democratic presidential candidate Bernie Sanders approaches the podium with a Sanders campaign sign during the report of the Rules Committee at the Democratic National Convention in Philadelphia on July 25, 2016.
Mark Kauzlarich—Reuters 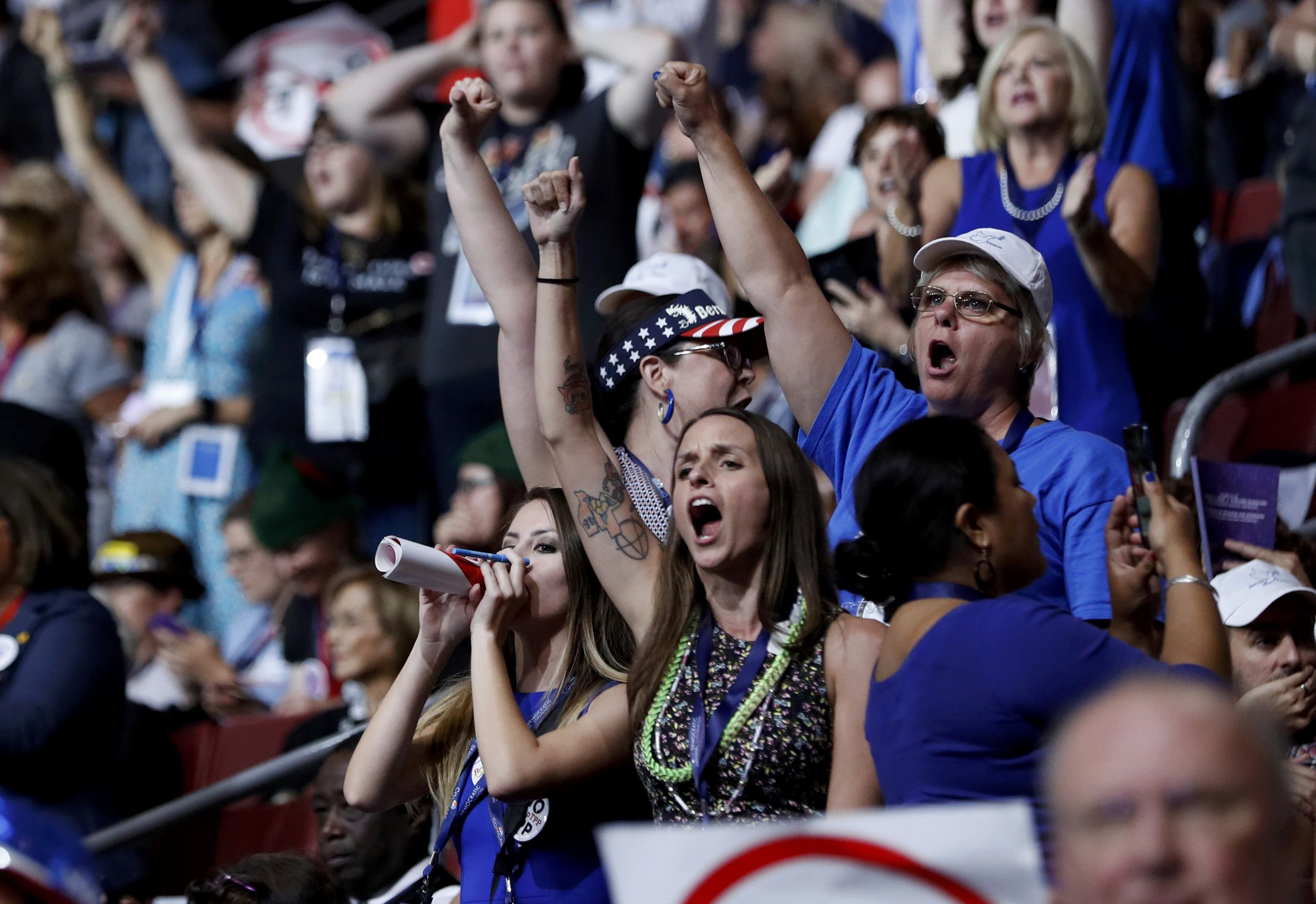 Supporters of Vermont Sen. Bernie Sanders chant his name as they protest on the floor during the first day of the Democratic National Convention in Philadelphia, on July 25, 2016.
Mark Kauzlarich—Reuters 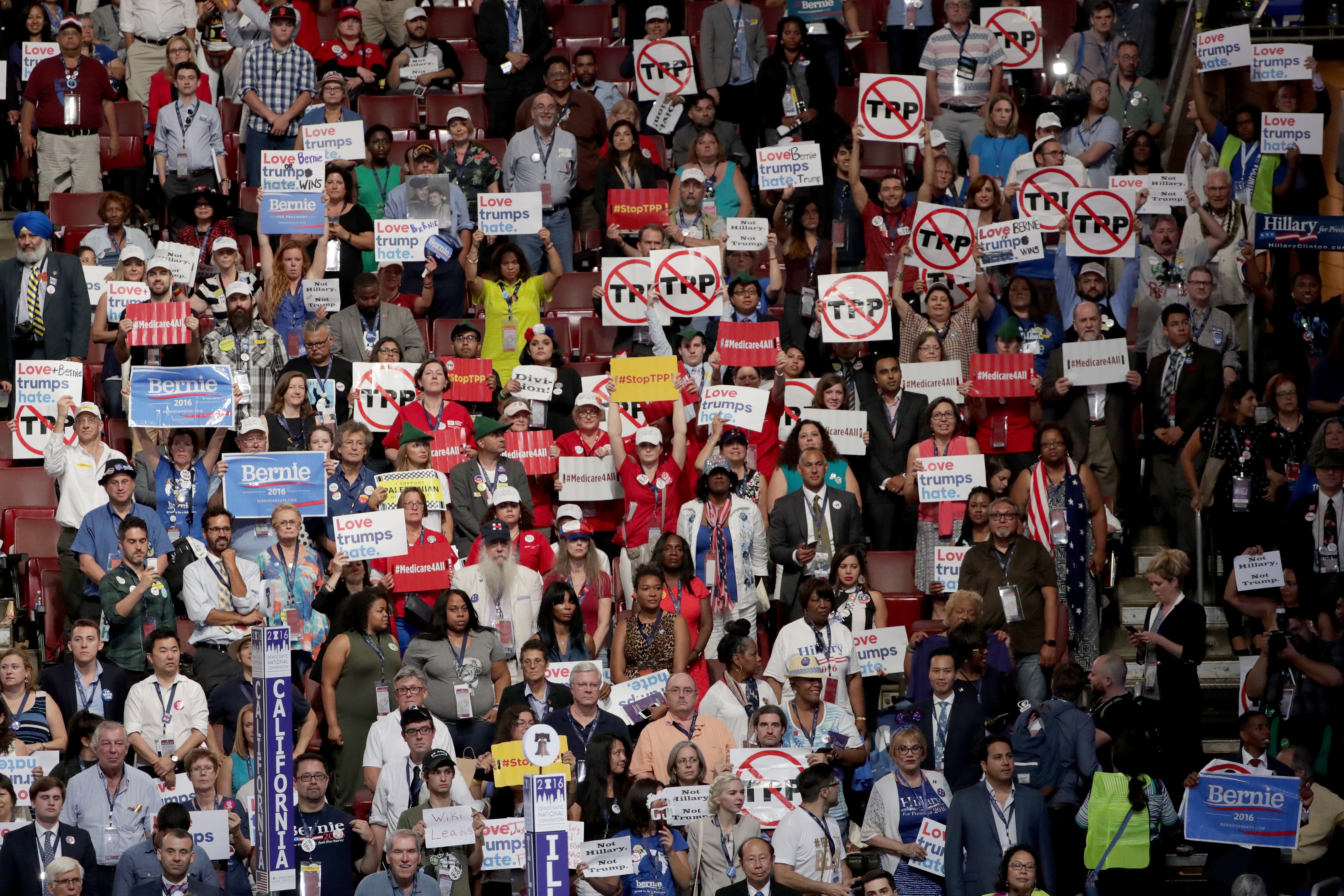 Delegates and attendees in support of Sen. Bernie Sanders (I-VT) hold up signs on the first day of the Democratic National Convention at the Wells Fargo Center, July 25, 2016 in Philadelphia.
Alex Wong—Getty Images 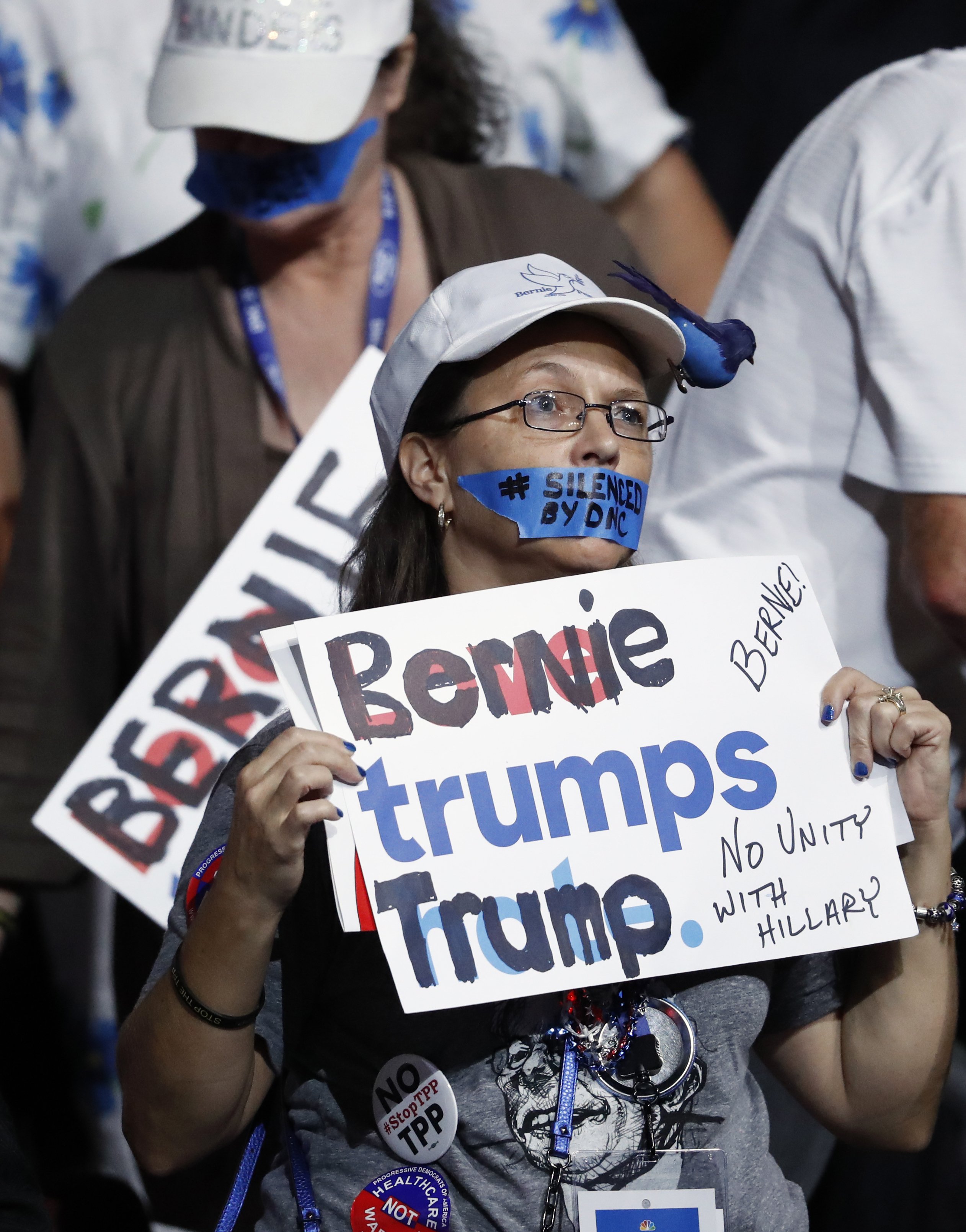 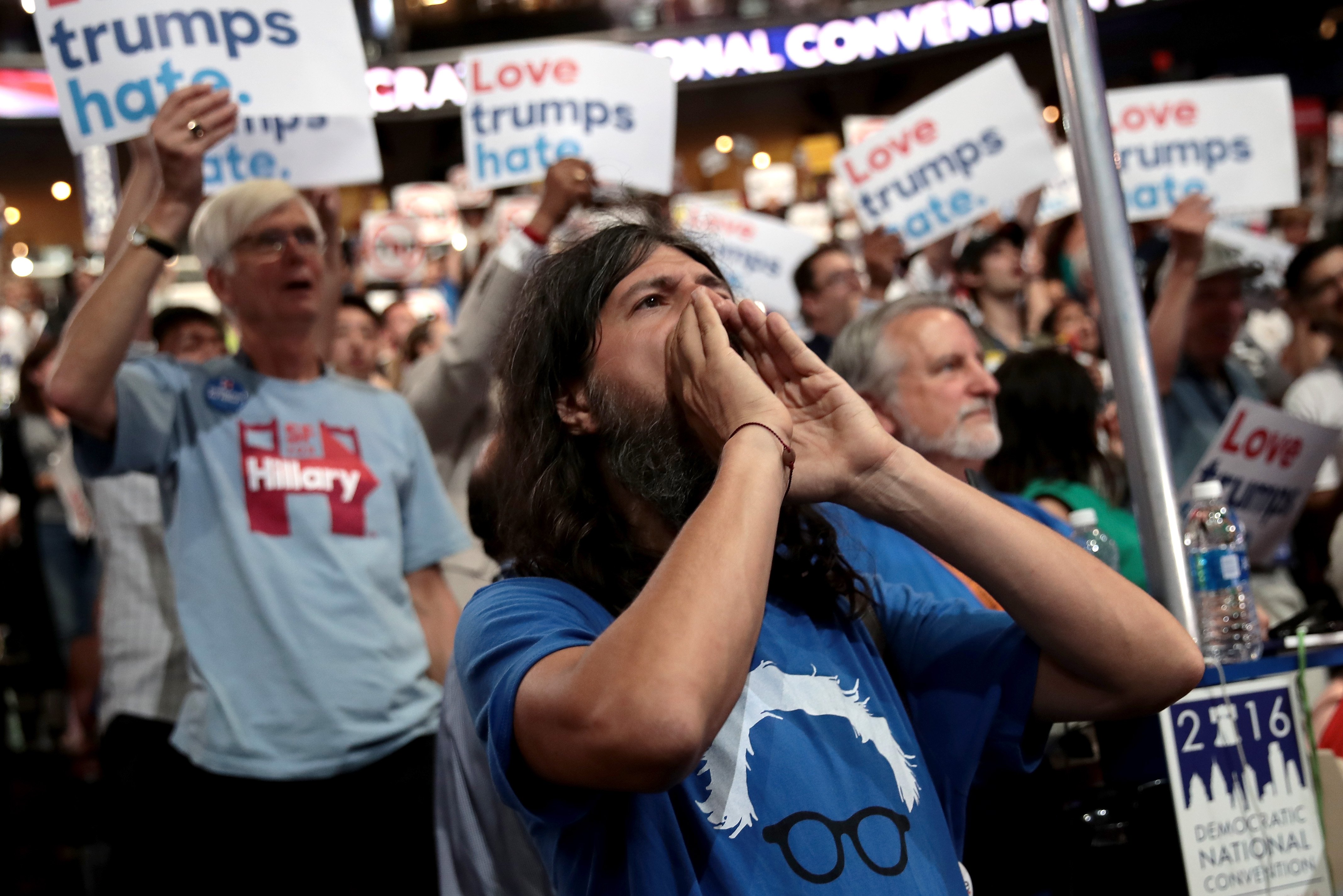 A supporter of Sen. Bernie Sanders (I-VT) chants on the first day of the Democratic National Convention at the Wells Fargo Center.
Drew Angerer—Getty Images 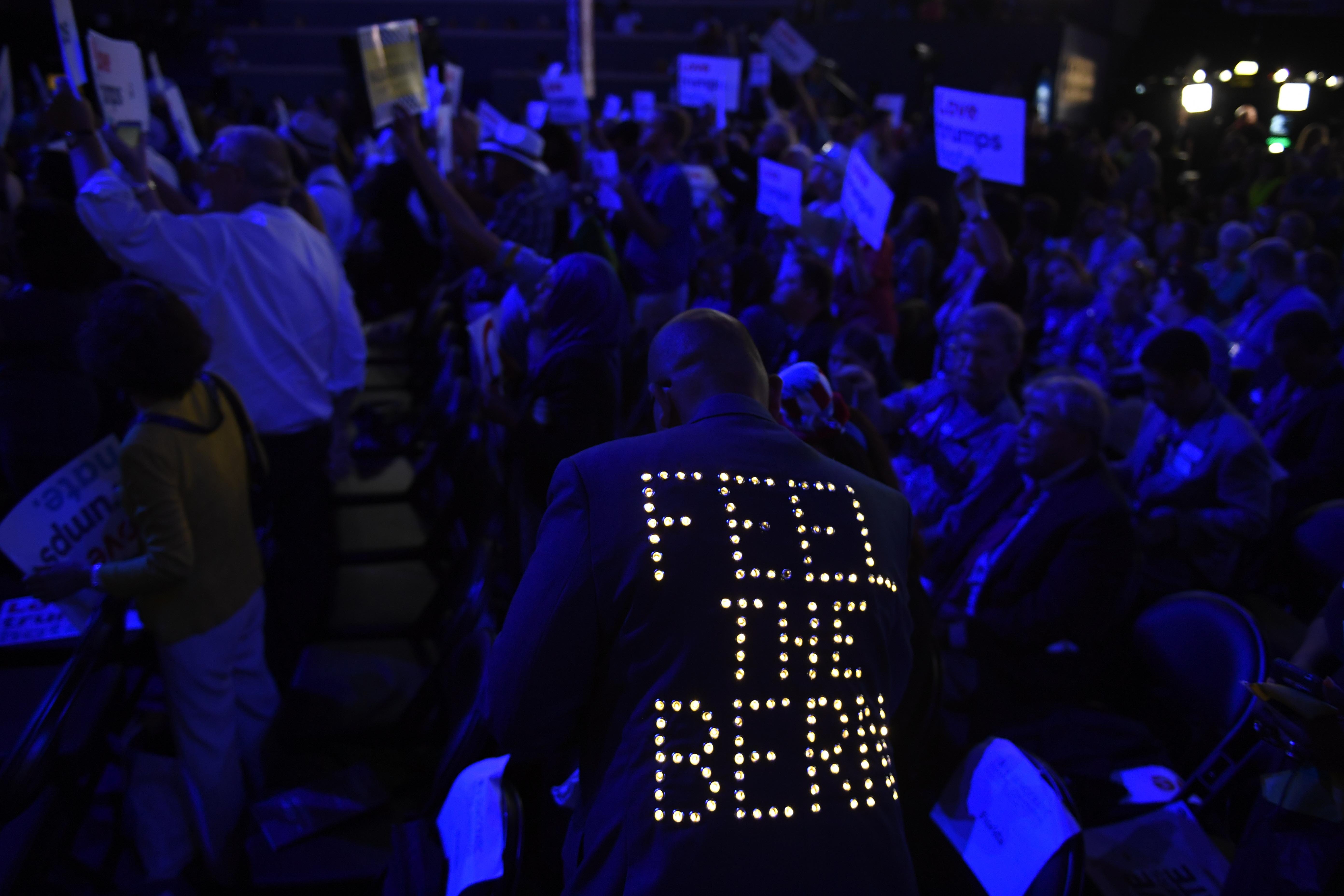 A supporter of Bernie Sanders wears a sequined jacket during the 2016 Democratic National Convention at Wells Fargo Arena.
Jack Gruber—USA Today/Sipa
1 of 7
Advertisement

Did the 10 Plagues of Egypt Really Happen? Here Are 3 Theories