Sarah Silverman to Bernie Sanders Supporters: 'You're Being Ridiculous'

A former Sanders supporter, Silverman spoke onstage with Minnesota Sen. Al Franken about how she would vote for Democratic nominee Hillary Clinton while staying true to her political beliefs.

Silverman, who is known for off-color material, joked that she had been “feeling the Bern” during the Democratic primary but was putting “some cream on it.”

But the two found themselves with extra time on their hands when musician Paul Simon, who they were supposed to introduce, needed more time. Silverman noted that she was being asked to “stretch” on stage, then ad libbed a line.

“Can I just say to the Bernie or Bust people: You’re being ridiculous,” she said.

“Bernie” chants erupted from the crowd after her comment. 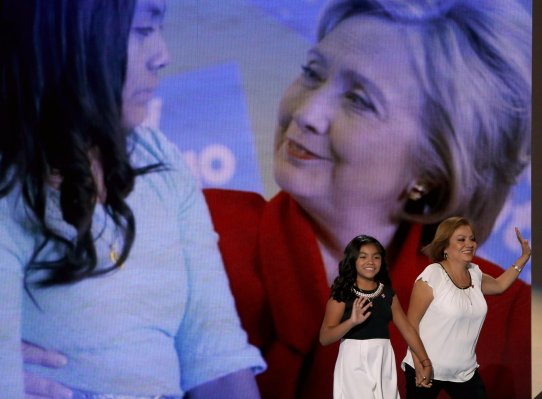 Democrats Had Some Palabras for Voters at the Convention
Next Up: Editor's Pick