An armed man was shot after he and an accomplice tried to rob a group of people playing Pokémon Go at a Las Vegas park.

A group of six people were at Big League Dreams park after 4 a.m. Monday playing the game when the man and a driver came up in an SUV and demanded their possessions at gunpoint, according to police. A player who has a concealed weapons permit pulled out his gun, and both sides exchanged fire, officials said.

Las Vegas police spokeswoman Laura Meltzer said the shooting left a Pokémon Go player and the would-be armed robber hospitalized with non-life threatening injuries. The player was shot in the stomach, and the suspect had a gunshot wound to the back. Charges are expected against both that suspect and the juvenile who drove him, the Associated Press reports.

Earlier this month, four teenagers in Missouri were arrested for using Pokémon Go to lure and rob people. 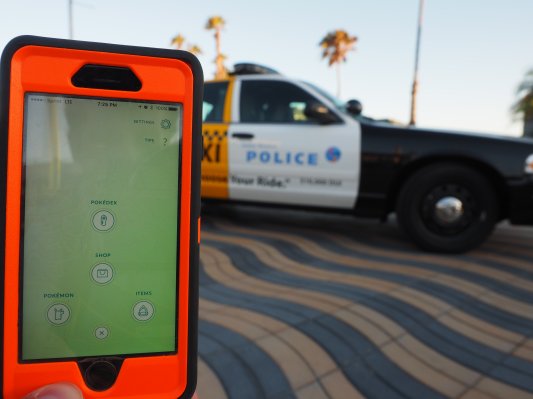