Bernie Sanders' Press Secretary Calls for Supporters to Back Clinton

The former national press secretary for Vermont Sen. Bernie Sanders’ campaign told his supporters via Twitter at the height of Democratic protests on Monday that “the system didn’t cheat us.”

Symone Sanders said in a Twitter flurry that while the leaked Democratic National Committee emails showed bias, “7 folks on an email didn’t ‘steal’ the election.” She was referring to DNC emails leaked by WikiLeaks that showed executives disparaging the Sanders campaign.

The theme for the Democratic convention on Monday was “United Together,” and Sanders was on-message, calling for Sanders supporters to resolve to make the party better.

Sen. Sanders has also taken to Twitter and text today in an effort to unite his followers behind Clinton. He will address the Democratic National Convention in Philadelphia tonight. 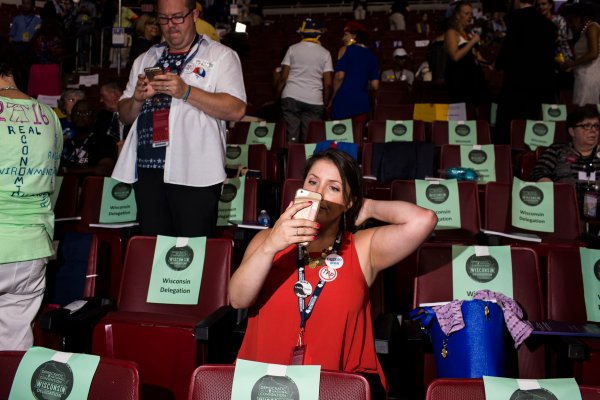 What the Democratic Platform Says About Guns, Abortion and Immigration
Next Up: Editor's Pick