Yes, It's Legal to Take Pictures Up a Woman's Skirt Without Her Consent

Taking cellphone pictures or videos up a woman’s skirt without her consent is perfectly legal in Georgia, a Georgia Court of Appeals ruled this month.

A Georgia man confessed to taking cellphone video up a woman’s skirt in a grocery store. Yet the state’s voyeurism law did not prohibit his actions. Instead, the law prohibits such recording only if they “occur in any private place and out of public view.”

Typically, voyeurism laws like this were passed to protect people from non-consensual filming in private places like homes, dressing rooms and locker rooms—not in public spaces like a grocery store. In Georgia, the ruling came down to the interpretation of “place.” The court was divided, but ultimately, the majority opinion said that “place” referred to a physical location, not an area of the body, and thus the non-consensual photos taken were legal.

The voyeurism law in Washington is another example of one that clearly prohibits this kind of recording, and few days ago, a Transportation Security Administrator agent was arrested on suspicion of taking upskirt photos of female passengers at the Seattle-Tacoma International Airport. New Jersey is one of the latest states to pass such a law.

It shouldn’t require a case reaching the state’s Court of Appeals or Supreme Court for people to realize upskirt recording are legal, but if it does, states like Georgia can follow the lead of Massachusetts and Texas lawmakers.

In 2010, a Massachusetts Bay Transit Authority undercover female police officer caught Michael Robertson taking cellphone photos and videos up female riders’ skirts and dresses. His case went to the Massachusetts Supreme Judicial Court where the judges ruled in March 2014 that the upskirt photos he took were legal because the women were fully clothed. Legislators in Massachusetts immediately drafted a new law making it illegal for someone to take secret photographs and recordings, even when someone is fully clothed. The governor signed it into law a mere two days after the court’s ruling.

A similar scenario played out in Texas last year, where a new law was passed prohibiting upskirt recordings soon after the wording of the previous law allowed a man to get away with taking photos up a woman’s skirt as she shopped in a store.

Some may wonder why it is important to prohibit such behavior, especially if many women are unaware that they are being recorded. Taking recordings up someone’s skirt, especially to share online or use in other ways for sexual gratification, does not add anything productive or positive to society. Instead it can make women as a whole feel less safe and comfortable in public spaces just knowing that they could be the target of such actions. If they have been recorded before or know someone who has, they may feel violated, upset and distrusting while in public spaces.

Upskirt recordings are a form of gender-based street harassment, and street harassment is a widespread problem in the United States, ranging from sexual comments to following and groping. It affects at least 65% of women and 25% of men (for the latter, the harassment mostly takes the form of homophobic slurs). Street harassment can make people feel less safe, affect them emotionally, and be re-traumatizing for survivors of sexual abuse.

Why do we need a law against upskirt recordings? While there are pitfalls to laws — including how hard it can be to enforce them and how the legal system is often fraught with racism, sexism, and victim-blaming — they can set the tone that certain behavior is not OK. Further, it is incongruent to have such recordings be legal in one state but not in the next.

I am not naïve enough to think a law will deter every upskirt recorder. But it may deter many.

And even if a law doesn’t deter everyone, there are other actions we can take to try to stop future violations. Just as people everywhere have been taking a stand against street harassment in recent years, there are a growing number of women who will not stay silent about upskirt photos and have used the power of social shaming and turning their devicesback around on the man as a way to find justice.

Bystanders can play a role, too. If you see someone taking an upskirt photo and you feel safe to do so, call them out, videotape them, or take some other type of action that lets them (and everyone else nearby) know that this behavior is not OK. Social shaming can be a powerful deterrent.

It takes all of us to help ensure that everyone feels safe in public spaces. 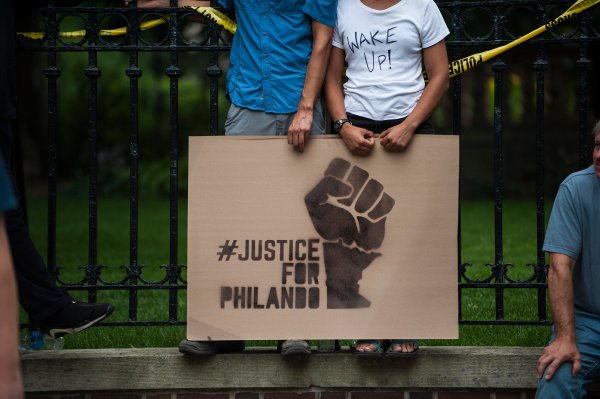 What to Do If You Get Pulled Over by a Cop and You’re Legally Armed
Next Up: Editor's Pick