Republican nominee Donald Trump said at a campaign event Monday that he does not take naps, tagging Hillary Clinton as “low energy,” a line he previously used to great effect against primary rival Jeb Bush.

Speaking at a town hall event in Roanoke, Virginia, Trump promised that he would not take naps as president.

“She’ll go home, she’ll take a nap for four or five hours, and she’ll come back. No naps for Trump, no naps. I don’t take naps. We don’t have time,” Trump said.

Clearly sweating onstage, Trump also threatened not to pay the bill for the venue because it was so hot that he said he felt he was in a sauna, adding that “smart people” would say he was smart for not paying.

After Trump spoke, he shared the stage with running mate Mike Pence. The event came just a few days after Trump took the nomination at the Republican National Convention in Cleveland. He did not let an opportunity to express his dissatisfaction with some of the people there.

“We had a couple of people that I think probably destroyed their careers, but who knows?” Trump said, likely referring to Sen. Ted Cruz, who refused to endorse Trump onstage last week. 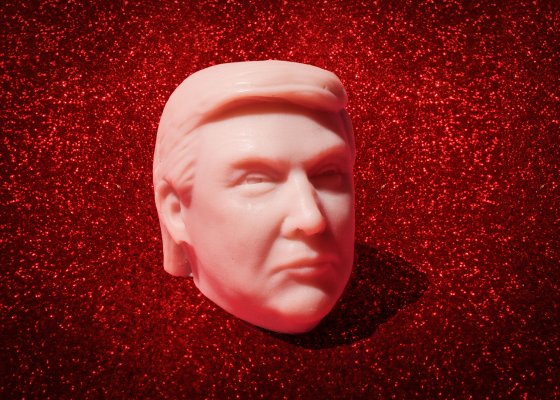 See the Strangest Trump Merchandise for Sale
Next Up: Editor's Pick