During the Republican convention in Cleveland, when the phrase “Make America Great Again” was ubiquitous, TIME polled readers on what year they thought the nation peaked (as well as what party they typically support). The results were unambiguous: Democrats felt that the best days are ahead, while Republicans pined for a return the heart of the Reagan administration.

More than 10 percent of Democrats chose 2016—more than twice as many as chose 1999, the second most-popular choice. (While not technically the last year of the Clinton Administration, Democrats of a certain age will not remember the year 2000 with fondness.)

Of course, everyone interprets the question differently. In Philadelphia, delegates had a range of responses. Rose Washington, a Florida delegate, chose 1965 because it was the year the Voting Rights Act passed. She took particular umbrage at the phrase at the core of the Trump campaign.

“It’s code words … for people who believed that it was great when African Americans were helping to build this country as slaves. So that’s his code word to those people. ‘Let’s make it great again.'”

Wisconsin delegate David Jordan, meanwhile, was torn between 2000 and 2008, bookending the George W. Bush administration. Jan Kallish of Illinois had a less common answer: 2001, “when the country came together” after the 9/11 attacks. 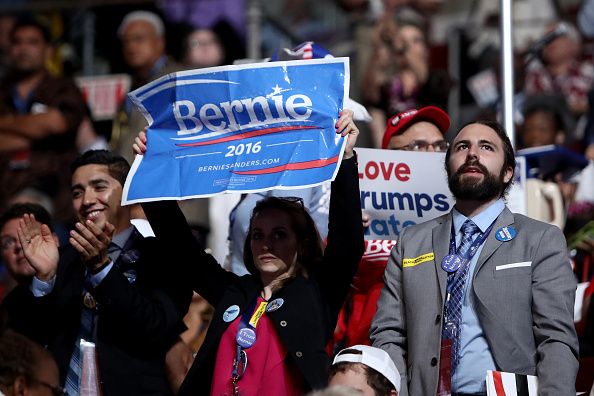 Family Feud
Next Up: Editor's Pick