“In a word, no.” That’s the verdict of a fascinating new study from MSCI, a research firm catering to institutional investors. In a study of 429 large-cap U.S. companies, done from 2006 to 2015, the firm found that total shareholder returns for companies with CEO pay that exceeded the sector median—by as much as 39%—was actually below companies with less excessive pay. The study is interesting for many reasons. First, it looks at long-term performance, 10 years, rather than annual performance, which is what the SEC requires for disclosure. The long-term view paints a much less rosy picture of companies that over-pay CEOs. Not only do they not outperform, they are actually underperforming the market, costing investors big time. (Not to mention workers and consumers.)

This issue is in the news this morning again thanks to Verizon’s intent to buy distressed Web 1.0 pioneer Yahoo for $4.8 billion. It’s not clear yet what will become of embattled Yahoo chief Marissa Mayer if the deal goes through. But according to a Yahoo SEC filing, she is poised to get a $54.9 million severance package if she’s fired. Mayer’s legacy is complicated, but the optics of a failing CEO getting that rich a goodbye check is sure to irritate many.

But the issue goes far beyond any one particular pay package or set of nettlesome headlines. It has big potential ramifications not only for corporate governance in the U.S., but for the election debate. As I’ve written in my book and in many TIME columns, legislative and regulatory shifts over the last 30 years plus have allowed for extreme distortions in the way executives are compensated.That has affected both corporate performance and underlying growth on Main Street. First stock buybacks, which are used to artificially boost the share prices of firms, were made legal in 1982. (They used to be considered market manipulation.) Then, under Bill Clinton’s administration, preferential treatment for “performance” payments made in stock options encouraged lots of companies to start paying CEOs in stock rather than cash, which of course incentivizes them to do what’s best for the stock price at any given time rather than long-term growth. Sometimes these two correlate, but often not.

As the MSCI study notes, more than 70% of CEO pay is now given in the form of such incentive pay. As the study notes, “In combination with accounting treatment that favored stock option grants….[share based performance pay] almost certainly helped fuel the internet-based high-tech revolution and subsequent hi-tech bubble of the late 1990s.” Indeed, that’s one reason that the growth of the 1990s didn’t last; it was a deceptive, financialized sort of growth.

So what needs to change? MSCI is suggesting that the SEC rethink the way pay is reported to include the long haul.

That’s a good idea. But we need to go further, and rethink whether buybacks should be illegal, and whether CEOs (or other executives) should be compensated in stock options that encourage them to focus more on share price than on other metrics. This is particularly timely, given that there’s never been a bigger divide between the share prices of firms (which are near record highs) and the nature of the U.S. and global recovery (still sluggish).

Real growth comes from incentivizing companies (and their leaders) to do what’s right for a broader mix of stakeholders–including workers, consumers and the local community–rather than just investors. I expect this will be a topic of discussion at the DNC this week, particularly given pressure from progressives for Hillary Clinton to address the neo-liberal economic legacy of her husband and his economic team, many of which are still counselors to her. It’s time for her to tell us what she might do differently. 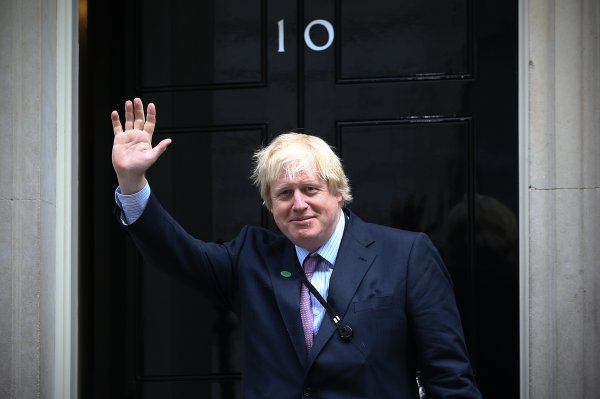 Why We Should Still Be Worried About Brexit's Impact
Next Up: Editor's Pick