Last Week Tonight returned from hiatus just in time for John Oliver to issue a scathing critique of the Republican National Convention.

Fans of the show know that Oliver is not a supporter of Republican presidential nominee Donald Trump, or as Oliver prefers people call him, “Donald Drumpf.” However Oliver does believe he is a visionary. After all, “a few months ago, he was the only one who envisioned himself as President,” Oliver noted. “He is basically what happens when The Secret gets into the wrong hands.”

Oliver was appalled by Trump’s fear-mongering speech: “It sounds like he’s about to announce the first-ever Hunger Games,” said Oliver perhaps in a reference to Stephen Colbert, who crashed the RNC stage with a Hunger Games prank.

But Oliver’s critique of the RNC wasn’t limited to the man they chose as their party’s presidential nominee. Oliver made a point about the seeming lack of communication, where Trump’s supporters almost booed former candidate Sen. Ted Cruz off stage for not endorsing Trump, while Trump tweeted that he had heard Cruz’s speech and it was “no big deal.”

He was also appalled at their choice of speakers, like Anthony Sabato Jr. who claimed he believed President Obama is a Muslim. While Sabato is “both alive and an idiot,” according to Oliver, he did manage to sum up what Oliver believes is the GOP’s current modus operandi of equating feelings with facts. 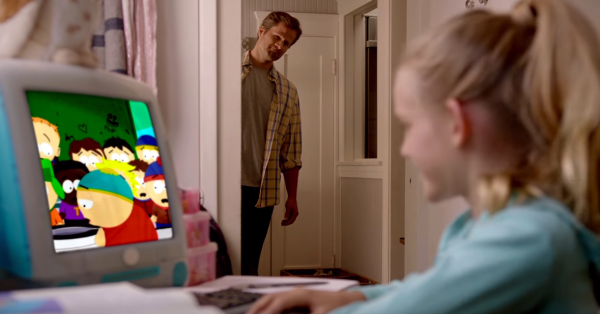 This year, South Park Turns 20
Next Up: Editor's Pick