President Barack Obama in a new interview said Donald Trump’s nomination as the Republican presidential candidate “says something” about how the GOP has changed in the last decade or so.

The president touted presumptive Democratic hopeful Hillary Clinton’s strengths as he criticized Trump and his inflammatory rhetoric in a taped interview with CBS’s John Dickerson that aired Sunday on Face the Nation.

“I think it says something about what’s happened to the Republican Party over the course of the last 8, 10, 15 years,” Obama said about Trump’s rise to being the GOP’s pick for president.

“If you think about what a Bob Dole, or a Jim Baker, or a Howard Baker, or a Dick Lugar, or a Colin Powell stood for, yeah, they were conservative. They were concerned about limited government, and balancing budgets, and making sure we had a strong defense,” he added. “But they also understood that our system of government requires compromise, that Democrats weren’t the enemy, that the way our government works requires us to listen to each other.”

Obama later said “that’s not the kind of politics that we’ve seen practiced.” In the interview, he also reiterated that he believes Clinton is qualified for the White House.

“She’s not flashy,” he said. “There are better speechmakers . . . but she knows her stuff, and more than anything, that is what is ultimately required to do a good job in this office.” 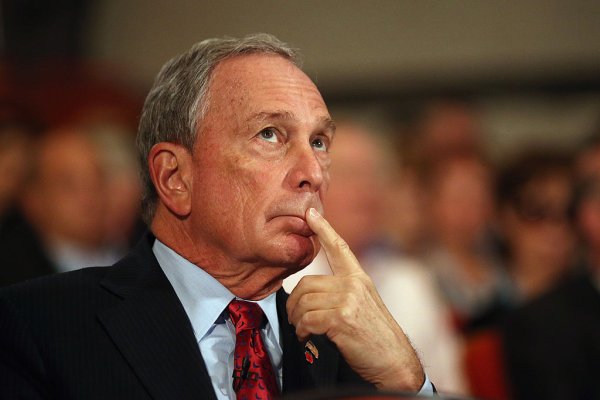 Bloomberg Will Endorse Hillary Clinton at the DNC
Next Up: Editor's Pick