Two Canadian youngsters distracted by playing Pokémon Go accidentally crossed the border into the U.S. and had to be apprehended in Montana by federal agents, officials said Friday.

The U.S. Customs and Border Protection said agents found the pair of juveniles illegally entering the U.S. last Thursday by foot. The two were “unaware of their surroundings” while playing the popular game on their cellphones.

“Both juveniles were so captivated by their Pokémon Go games that they lost track of where they were,” U.S. Customs and Border Protection spokesman Michael Rappold said in a statement.

The teenagers were brothers from Alberta, the Toronto Star reports. Officials said they were both later reunited with their mother.

Pokémon Go tasks players with walking around their neighborhoods (and, apparently, border areas) to find and catch Pokemon. 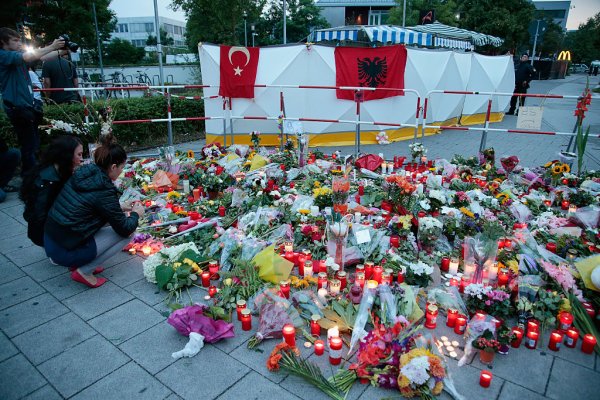 Why Germany—and the World—Is Arguing Over the Munich Shooter
Next Up: Editor's Pick