Will Smith dominated the Suicide Squad panel at San Diego Comic-Con Saturday sharing stories of the various traumas he experienced on set, at the hands of Jared Leto, who plays the Joker, and director David Ayer. He shared a story of Leto sending a particularly disgusting gift to Margot Robbie.

“This dude walks in and goes I have a message from Mr. J. And he puts a box down in front of Margot being like this is a gift from Mr. J in honor of your relationship,” said Smith.

“Margot starts to open the box, and there’s a note from the Joker. And I was like, ‘That’s cool. That’s funny. Jared is like taking it real serious,'” he went on. “And Margot opened the box and there was a live rat in the box. I was playing Deadshot, but if I had pearls on I would have clutched them.”

“We all shared really deep stories about ourselves and our pains and our triumphs,” said Smith. “And then on set you thought he was being a nice guy you were trying to share your life, and then in the middle of a scene he throws your childhood trauma back at you and says, ‘Dude, the Joker did it.'”

Later, Will Smith said that the cast (and its crazy antics) earned him cred with his kids. “No matter how cool you think you are, your kids think you suck. So this is like the first time where I’m cool for real,” he said. “My kids are doing what I say for the next couple of months, but it’s a really good look.”

The cast also talked about how they did many of their own stunts on the film. “Whatever anyone did in the film, I did in a pair of heels,” said Robbie. “I learned how to hold my breath underwater for like five minutes, that was cool.” 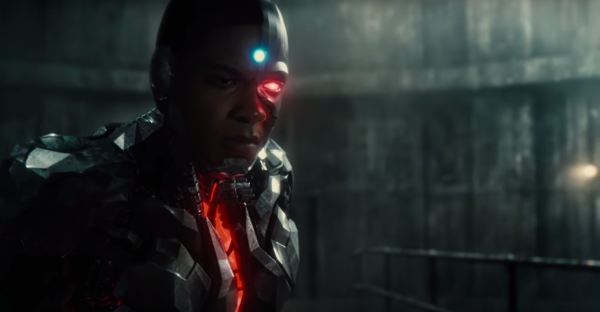