As Cleveland sweeps up from the Republican National Convention and things begin returning to normal, soon the only reminder of our 50,000 visitors will be the head-nodding we’ll share for years to come as we look back and say, “You know, that all went pretty smoothly.”

The nation expected trouble but it never showed up. Why? One reason is the planning and professionalism of the 3,100 law enforcement and first responders from Cleveland and from across Ohio and 23 other states. They did an incredible job under tough circumstances, and on behalf of every Ohioan I extend my deepest thanks to them for helping keep things calm.

Their work made it possible for Republicans to come together and practice one of democracy’s cherished rites—the nomination of a presidential candidate. In the process, visitors experienced what those of us who love Cleveland were eager to show off—a friendly, beautiful city that is proud of its identity and bright future. It was Cleveland’s second championship performance of the year and an example of success as Philadelphia hosts the Democratic National Convention.

In addition to the professionalism of the police, another reason Cleveland stayed calm is that Clevelanders said, “No thanks,” to out-of-town protestors who wanted their help causing trouble. That speaks volumes about Clevelanders’ pride in their hometown. It is also a testament to the strength of the community leaders who preached peace and civility ahead of the convention, just as they have during other potentially volatile times in recent years.

When problems between the community and police arose in recent years, people came together to improve communication and begin rebuilding trust. The result is that people know they have a stake in making things work and have a reason for optimism. It’s a model for the nation.

As Cleveland and Ohio have rebounded over the past six years, every effort has been made to make sure no one is left behind. In a state with seven metro areas, a diverse racial and ethnic heritage and a broad-based economy, Ohioans have come to appreciate that our shared success depends on contributions from people who might not be just like us. In short, we get what makes America tick. That’s why Ohioans have traditionally sought leaders who bring people together.

The future of my state, our nation and even good international relations, depends on that approach, as well as a commitment to the basic rules of the road: a respect for the rule of law and each other, for the rights of women and minorities, and for everyone to have a chance to reach their God-given potential.

I wonder every time I pick up my iPad if I’m going to learn of a new heart-wrenching catastrophe—overseas or here at home. The division, polarization, suspicion and hatred that is fueling so much alienation and violence against police officers, minorities, people of different views—against any of God’s children, all of that needs to end. And the beginning of that end comes when we realize we’re all in this together and that we’re more successful together than fighting each other.

Don’t try to tell me it’s not possible. Did you see how well things went in Cleveland this week? I’m from Ohio and we’re doing it every day. Come visit and see for yourself. You’ll love it. 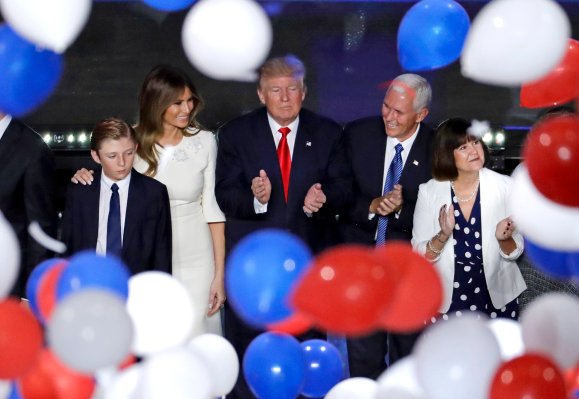 Fear and Puking in Cleveland
Next Up: Editor's Pick