How Police Succeeded at the Republican Convention

The 2016 Republican National Convention in Cleveland had all the ingredients for a perfect storm of violent protests and mass arrests, but it never happened.

The large crowds failed to materialize. The protesters who did show were largely law abiding. And the law enforcement preparations, including a massive street presence of uniformed police from jurisdictions around the country, paid off.

In the end, there were a mere 24 protest-related arrests during the four-day event, which is in sharp contrast to the more than 800 arrests at the RNC in St. Paul in 2008. Smaller demonstrations, community policing tactics and the use of officers on bikes all played a role in the largely peaceful outcome.

“We were prepared for anything and everything that showed up here in Cleveland,” Cleveland Police Chief Calvin Williams told TIME as he stood with more than a hundred officers outside the Quicken Loans Arena. “We actually went back to 2008. We looked at Denver. We looked at Minneapolis and St. Paul. We looked at Boston, New York, Tampa, Charlotte—the most recent conventions. We took a little bit from each one of those, both good and bad.”

Joseph Clancy, the director of the U.S. Secret Service attributed part of the success of the peaceful demonstrations to officers on bicycles. In advance of the convention, Cleveland purchased 300 bicycles and provided training for the officers who would be riding them.

“They can respond to things very quickly. They can get to areas where a vehicle can’t get. When you have large crowds like this, the bicycles can be used as a barrier. It’s been very effective,” Clancy told TIME in an interview at the Multi-Agency Command Center at the Cleveland Airport.

Various rallies and marches were held by a range of groups like Black Lives Matter, Code Pink, and the Coalition to Stop Trump. A few gun-rights activists legally carrying assault rifles and openly carrying handguns mingled in the public square with other protesters and onlookers, all while under the watchful eye of thousands of police officers from hundreds of agencies across the country.

Williams led by example. He was often seen riding his bike with other officers monitoring protests, and talking directly to demonstrators and members of the community. In one incident on Wednesday where two officers were assaulted by protesters, Williams was there alongside other officers, calmly informing protesters that they had a choice to leave the area or stay and be arrested.

“All of the officers here understand what’s going on in this country. We have to be more community oriented police officers. That’s what they do now. That’s what we do as a profession,” Williams said. “You want to voice your first amendment concerns and get it out there in any kind of way other than violence, we’re going to help you do that. That’s why these men and women are out there – to make sure that happens in a peaceful way.”

After the convention on Friday, Williams got a call on his phone from Presidential candidate Donald Trump. The Republican candidate thanked the department for its work.

Now, the focus pivots to Philadelphia and the upcoming Democratic Convention, which begins July 25. 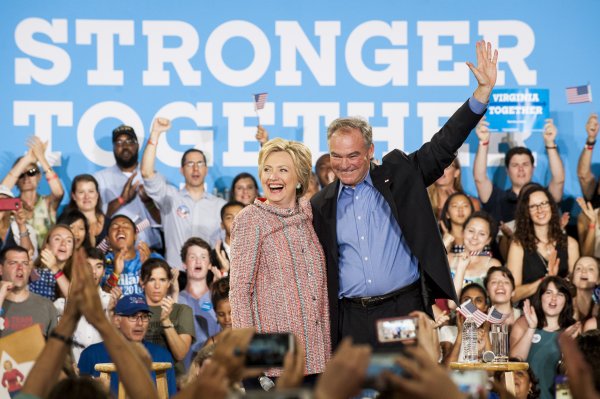