I’ve spent the last several days yelling and shouting at my computer — but not because I was frustrated over slow performance. Instead, I was communicating with my personal assistant, Cortana, which lives inside the Surface Pro 4 I’ve been using this past week.

Microsoft’s Cortana has been available on Windows PCs since last year, but a new update coming out on August 2 adds new features. The Anniversary Update, launching about one year after the release of Windows 10, will allow Windows device owners to access Cortana without unlocking their computer, among other changes. The subtle tweaks come just as Apple is bringing its Siri assistant to Mac desktops and laptops for the first time this fall.

I’ve had the chance to test out the updated Cortana as well as a beta version of Siri for Mac over the past several weeks. Both virtual assistants made it easier to quickly retrieve information without interrupting what I was doing. I found that to be very helpful while working, asking questions like “find the spreadsheet I opened yesterday,” “how many millimeters are in one inch,” and so on. They’re also both capable of serving up suggestions for nearby places, pulling up weather forecasts, and showing sports scores.

The two assistants, while similar, have different strengths. I found that Siri was able to retrieve files stored on my Mac faster and more efficiently than Cortana could on my Surface Pro 4, for instance. Microsoft’s virtual assistant found the correct file when I asked it to show me the spreadsheets I had opened that day, but it couldn’t do the same for photos. With Siri, I was able to ask for files by name, by their location on my device, and when I last opened them, in most circumstances.

Cortana shines when it comes to setting reminders, offering more flexible parameters than Apple’s companion. Microsoft’s assistant can already help you recall certain things based on people and places, i.e. “remind me to tell Jen about the meeting when she calls or “remind me to pick up my laundry when I get home.” With the Anniversary Update, Cortana is able to show photos in reminders too. This worked well when I tested it, and I can imagine it being useful in a range of scenarios, especially for shopping and coordinating events. For instance, having a photo of the decorations I just purchased for a surprise party appear in a reminder to call others involved in planning the event could be helpful. While Apple’s Siri is capable of setting reminders on both the iPhone and Mac, it doesn’t allow you to add photos or set people-based reminders.

Cortana is getting another new, potentially useful feature too: the ability to remember things. If you need to keep a small piece of information handy, such as a parking spot number or a confirmation code, you can tell Cortana to remember it once you’ve installed the Anniversary Update.

But Cortana’s memory seems limited, at least for now. Cortana remembered very basic information, such as a room number or confirmation code, but it struggled to recall parking spots. I could only get Microsoft’s assistant to remember a parking spot number after I had played around with the phrasing multiple times. Using terminology like, “Remember that my parking spot number is 23” seemed to work best, while saying phrases like “Remember that I parked in spot 23” yielded less reliable results.

Cortana also couldn’t recall more complex parking situations, like cross streets. Whenever I tried to tell Cortana to remember that I parked on 23rd St. and 5th Ave., it thought I was trying to set a reminder for that specific location. Apple’s Siri wasn’t able to do this either, although the company isn’t promoting this as a feature for its virtual assistant.

Sending emails and messages using Siri or Cortana on the desktop is still a mixed bag. Cortana was generally good at sending texts. In most instances, I was able to craft a message through voice dictation in one go. But when attempting to send emails, Cortana struggled to find my contacts. Siri, which is still in beta, also had some issues on these fronts. It would either say there wasn’t an email address associated with the contact I had specified, or it would continue to ask me who I wanted to text after I had already chosen a contact.

There are a few other discrepancies in the types of information Cortana and Siri can offer. Siri can search through tweets and add other attendees to calendar appointments, while Cortana can’t. Cortana, however, can be accessed hands-free by just saying the phrase “Hey Cortana,” unlike Siri. Once the Anniversary Update rolls out, you’ll be able to summon Microsoft’s assistant without unlocking your computer.

Hiccups aside, it’s clear that both Microsoft and Apple are tailoring their virtual assistants to be useful for more than just fetching quick answers on the go. When they work smoothly, it feels like having a true personal assistant on hand to retrieve information. But there’s clearly work to be done before they become powerful enough to truly change the way we work and communicate. 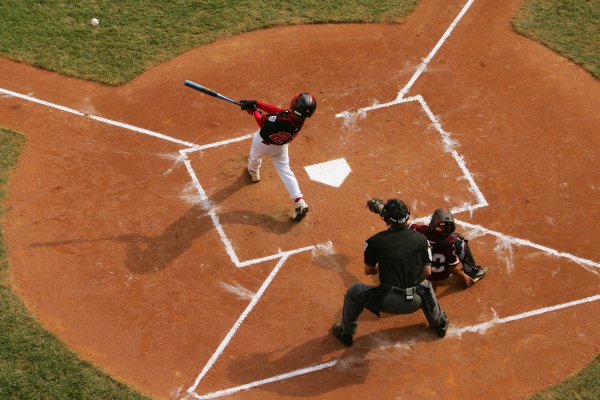