Do You Have a Right to Privacy in Your Marriage?

Privacy, a new off-Broadway play starring Daniel Radcliffe at the Public Theater in New York City, contemplates all the ways in which the digital revolution has destroyed privacy—and it mourns for its loss.

The provocative production got me thinking about renowned couple’s counselor Esther Perel’s Ted Talk, “Rethinking Infidelity.” In her eloquent lecture, she discusses the ways in which our privacy has dramatically decreased due to technological innovations, while our access to sexual possibilities has exponentially increased for the same reason, making the expectation of marital monogamy far harder to fulfill, and infidelity far easier to discover.

Despite the frightening and ever-expanding ways to electronically snoop, in order to fully modernize marriage we need to resist the degrading urge to spy on our spouses and acknowledge, in radical opposition to our times, each individual’s right to privacy within matrimony, including the right to act in our own sexual and romantic self-interests independent of our partner’s knowledge or consent. (Bear with me.)

Seismic cultural shifts over the last decade suggest that the monogamy imperative’s days are numbered. Digital technology—innumerable dating sites, hook-up apps and social media platforms—have made sex far more accessible than it’s ever been, proving the comedian Chris Rock’s joke increasingly true: you’re only as faithful as your options. Today, up to 75% of us stray in one form or another according Perel, author of the best-selling Mating in Captivity.

Alongside the proliferation of sexual opportunities for regular Joes and Janes, America’s greater acceptance of same-sex love and desire has strongly challenged conventional sexual morality. Some legal scholars even argue that the logic laid out in the Supreme Court’s opinion in Lawrence vs. Texas, which over-turned anti-sodomy laws, set the groundwork for the decriminalization of adultery laws, which are rarely enforced but still on the books in more than 20 states.

While sexual progressives have long advocated for the superior ethics of sexual freedom and full disclosure, the sense of rightness derived from divulging or confessing says more about our fraught attitudes toward sexuality than it does about the higher ethics of transparency.

The inclination to confess an extramarital affair, or demand the details of a spouse’s sexual conquests in an open relationship stems, in part, from a Judeo-Christian morality that views all sex as inherently dirty and suspect—and hence, in need of 24-hour surveillance and control. It also derives from an antediluvian belief that marriage means a kind of merging that renders the very notion of privacy anathema or moot.

If the idea of a “private life” outside marriage sounds oxymoronic, it’s because we’ve so thoroughly romanticized the fusion of ourselves with our partners as a kind of testament to the depths of our intimacy. But a dark shadow hovers over this ideal that harkens back to colonial times: coverture laws.

“Under coverture,” Stephanie Coontz, an eminent family historian at The Evergreen State College in Olympia, Wash., and author of Marriage, a History, told me, “a man and a woman became one in the eyes of the law and he was the head of that one. Any property she had or income she earned was his.” A mere appendage of her husband, she didn’t exist as a discrete subject before the law. If she suffered injury at the hands of her spouse, including rape, she had no legal recourse because suing him would be akin to suing herself.

It took two feminist revolutions before those laws were dismantled and women could emerge from matrimony their own subjects. And yet, contemporary conceptions of marital intimacy seem like a longing for that shackling oneness, where privacy is seen as an affront to spousal cohesion, and our partners are entitled to investigate and police us, as if we are children.

But privacy is vital to our autonomy and self-growth. In fact, right-to-privacy arguments are at the heart of several Supreme Court decisions that have secured our freedom to self-determine: Eisenstadt v. Baird safeguarded single people’s access to contraception; Roe v. Wade legalized abortion, protecting women’s reproductive choice; and Lawrence insured our freedom to forge intimate association with whomever we choose.

As much as we may yearn for a womb-like oneness with our spouses, our well-established right to privacy doesn’t end in matrimony. Federal laws protect all of us from intrusive and surreptitious modes of spousal scrutiny. Jane Bambauer, a privacy law expert at The University of Arizona, summed it up via email: “The Federal Wiretap Act and Stored Communications Act protects everybody from unconsented interception or access to their personal communications. Also, the Computer Fraud and Abuse Act protects people’s computers and online accounts from unauthorized access. There are a wide range of cases finding that spouses who spy on each other by logging into their email accounts or installing software to surveil their activities on a shared or personal computer are liable under these statutes.”

The irony of women’s enduring allegiance to monogamy—and our misguided belief that we have the right to keep vigil at our spouse’s zipper—is that historically it was designed to harness women’s lusts, not men’s. Katherine Franke, a distinguished professor at Columbia School of Law and author of Wedlocked: The Perils of Marriage Equality, said in a recent telephone interview: “The rule of monogamy was really about controlling women’s sexuality because, of course, men were going off and having sex with other people, but they wanted to be sure their wives were producing their genetic offspring for inheritance purposes.” Coontz added that it wasn’t until the 1970s, at the height of Women’s Lib, that wives began holding their husbands to the same sexual expectation. “Back then, that was progress,” she said.

Today, a new sexual ethos in marriage seems imminent—one, perhaps, that will allow us to fully individuate from our spouses in rooms of our own. 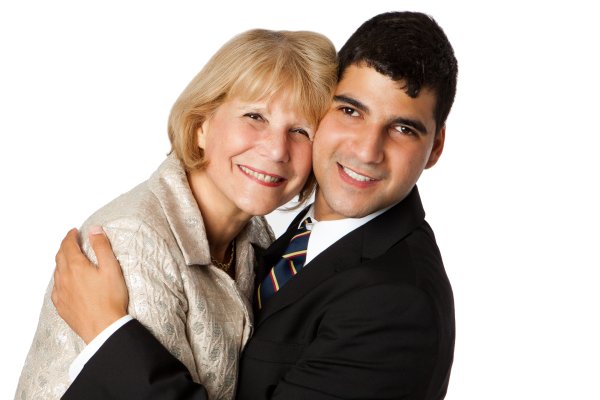 My Son With a Disability Deserves the Same Opportunities as Everyone
Next Up: Editor's Pick