Miley Cyrus hosted the 2015 VMAs, which took place at the Microsoft Theater in Los Angeles. The evening included several notable moments, with Kanye West dancing to The Weeknd’s “Can’t Feel My Face” and declaring he would run for president, Swift and Nicki Minaj burying their bad blood and Cyrus’ announcing that she had dropped a surprise album.

Watch the announcement above. 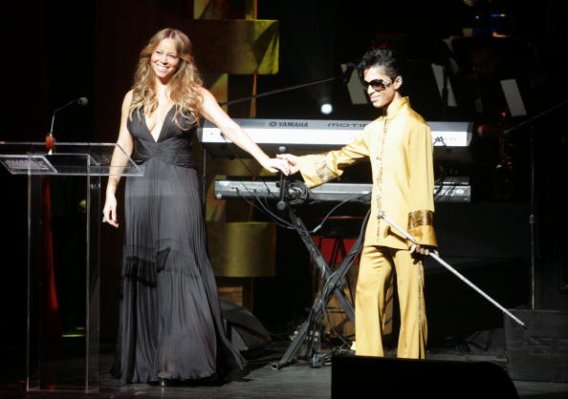 Mariah Carey Says Prince Was 'One of the Best People I've Met'
Next Up: Editor's Pick