Turkey Could Be Taking A Big Step Backwards In Human Rights

Pro-government supporters wave a Turkish flag as they protest on Istanbul's iconic Bosporus Bridge, late Thursday, July 21, 2016. Turkish lawmakers approved a three-month state of emergency, endorsing new powers for Turkey's President Recep Tayyip Erdogan that would allow him to expand a crackdown that has already included mass arrests and the closure of hundreds of schools, in the wake of the July 15 failed coup. (AP Photo/Petros Giannakouris)
Petros Giannakouris—AP
Ideas
By Katy Pownall

It’s rush hour on Istanbul’s Bosphorus Bridge. Queues of cars jostle for position, the noise of horns fills the air, a young man selling Turkish flags weaves through the traffic carrying dozens of fluttering pieces of red fabric, emblazoned with the country’s striking crescent and star.

Looking at the bustling scene, it’s difficult to believe that just a week ago, this same bridge was the scene of bloody carnage; the place where heavily armed soldiers and tanks were first stationed, and Istanbul’s inhabitants realised that a military coup was underway.

But while a façade of normality has returned to the streets of Istanbul, there can be no doubt that its citizens are living in a very different world to the one they inhabited this time last week.

In the past seven days some 60,000 public sector employees, including civil servants, judges, police and academics and have been removed or suspended from their posts. Over 10,000 individuals have been held in detention centres – both official and unofficial – amid allegations of widespread ill-treatment. Dozens of media houses and journalists have been stripped of their licenses.

An exceptional crackdown by any standards – and of a scale not witnessed in Turkey since the dark days of military dictatorship in the 1980s. Such purges and arrests clearly expand well beyond those directly responsible for the crimes perpetrated last week during the attempted coup. And yet there are worrying indications that these actions are just the beginning.

On Wednesday, President Recep Tayyip Erdoğan declared a state of emergency for at least three months, effectively giving the Prime Minister and his cabinet the power to rule by decree and bypass Parliament. The following day, a government spokesperson announced that Turkey will formally restrict certain rights under the European Convention of Human Rights. President Erdogan has repeatedly stated, to rapturous cries from crowds seeking revenge, that he is prepared to bring back the death penalty.

While there is overwhelming relief among residents here that the coup failed, the government’s actions over the past week have created new fears among the population. To criticise the government’s actions or speak out against violations, now carries with it the risk of being labelled pro-coup. And that is a dangerous label in times of heightened passions, mass detentions, suspensions, and the closure of education and press institutions.

In the past week, Amnesty International has had a small delegation in Istanbul trying to get to the bottom of the extent of the human rights violations that have occurred during this last week, starting with what transpired on the Bosphorus Bridge and elsewhere last Friday. After all, some 265 lives were lost and hundreds more injured before order was restored and the coup defeated; some of those killed have been labelled “coup plotters.”

There are images circulating showing “coup plotters” being beaten or even killed, apparently the victims of lynch mobs and violence by members of the public. These acts took place in the presence of police officers. And witnesses to those events are in many cases too afraid to talk.

At least two journalists were on the Bosphorus Bridge reporting on clashes between the crowds and soldiers who seized the bridge in the early stages of the coup attempt. It seems that one of them was killed by soldiers opening fire; the other beaten to death by an angry mob.

Many journalists we tried to speak to about the government’s actions to stamp out, and respond to, the coup were terrified. One told us that there was a lot of hate speech circulating on social media and that he feared reprisals by both the authorities and government supporters if he spoke out.

It was a similar story for lawyers, doctors and the relatives of those who had been detained. Their fear is palpable and as a result, an entire narrative is currently missing from the events of Friday night and the government crackdown that followed it. Who was killed and who was injured? Who is responsible for these casualties and how did they take place?

The President has claimed that democracy has been victorious in Turkey, but the government’s repressive measures this past week are endangering the rule of law, human rights protections and a vibrant civil society, including a free media that can scrutinise and criticise government actions.

The government has set itself on a dangerous course; the choices that it makes in the coming weeks and days will be crucial in determining whether the legacy of the failed military coup will be an affirmation of the primacy of the rule of law and human rights, or a return to the dark days of mass repression, torture and arbitrary detention.

Pownall is a news and features writer for Amnesty International 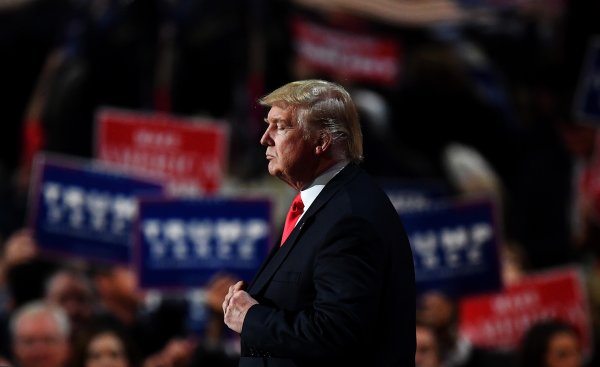 Dear Mr. Trump: A Bridge Is Safer Than The Wall
Next Up: Editor's Pick