Nvidia Just Revealed Something Even Faster Than the GTX 1080

Nvidia’s GTX 1080’s warp nacelles are barely spooled up, and the company’s already unveiling something mightier.

Meet the Nvidia Titan X, not to be confused with the company’s last-gen GTX Titan X, though Nvidia’s attempt to wriggle around incrementing the nomenclature (Y? Z?) is bound to cause some confusion. It’s due out August 2, with a launch price of $1,200.

Like the GTX 1080, which rolled out on May 27, the new Titan X is based on Nvidia’s Pascal architecture. I won’t bore you with all the gobbledygook tech specs (you can find those here), but there’s nothing hyperbolic about calling it a monster. It takes 3,584 CUDA cores (lots and lots of processing units working in parallel), revs them up to 1.5 GHz (with 12 GB of GDDR5X memory), culminating in 11 teraflops of power (a teraflop is a measure of extreme computing performance). Contrast with the GTX 1080, which weighs in at just under 9 teraflops. That’s a roughly 24% increase, which is huge considering the GTX 1080 isn’t yet two months old.

No, at over a grand, it’s not for you (or me). Even Nvidia’s $600 supercharged GTX 1080 is pushing the bounds of necessary if you’re not gaming on a 4K-plus screen or using high-end VR. But if you want a glimpse of what the future of 4K or greater realtime 3D rendering looks like circa 2016, this is it, and then some. 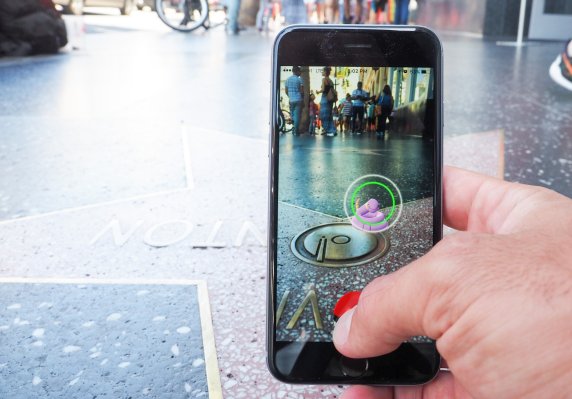 This Guy Says He's the First 'Go' Player to Catch All the Pokémon
Next Up: Editor's Pick