Two Florida paramedics are facing criminal charges because they took selfies with patients inside ambulances as part of a “selfie war.”

Kayla Renee Dubois, 24, and Christopher Wimmer, 33, took photos and videos with 41 identified patients, many of whom were “intubated, sedated, or otherwise unconscious at the time,” the Miami Herald reports. They sent texts challenging each other to take more selfies and “step up” their game. Zimmer is also charged with holding open the eyelid of a sedated patient for a selfie and posing with an elderly woman with her breast exposed.

This investigation launched on May 13 after officials learned about these allegations from three other EMS employees a week earlier. Some of the photos were sent to other people, but an investigator says “a very small number” of EMS personnel received these images and videos. Dubois was fired on May 20, and Wimmer also resigned that day.

According to the Okaloosa County Sheriff’s Office, two of the patients have since deceased, and three appear consensual. The remaining 36 patients include 19 women and 17 men. Their ages range from 24 to 86. Five of the patients are homeless. 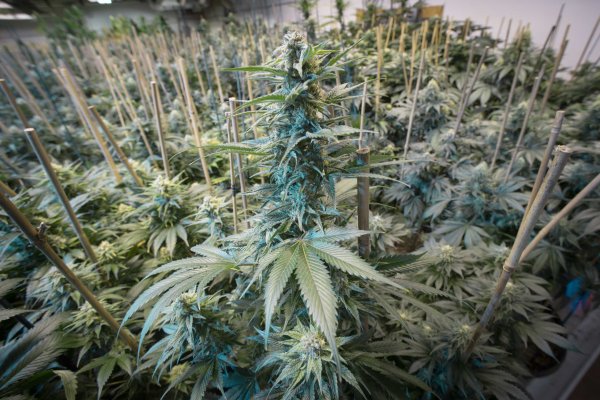 In Colorado Town, Don't Drink The Water. You May Get High.
Next Up: Editor's Pick