A mock North Korean missile is pictured during a rally denouncing North Korea's nuclear test and its recent missile launches, at the War Memorial of Korea in Seoul on June 4, 2009.
Kim Jae-Hwan—AFP/Getty Images
By Justin Worland

A U.S. think tank says it may have identified a North Korean facility used to enrich uranium for nuclear weapons, which would represent a significant breakthrough for Western officials if confirmed.

North Korea has long been suspected of failing to disclose all of its nuclear facilities and the discovery of a potential new location for enriching uranium could help negotiators hash out future agreements. The discovery, first reported by Reuters, was published by the Institute for Science and International Security Thursday.

The suspected site is located 27 miles from the Yongbyon nuclear facility in the western part of the country, according to the report. It is believed to be located in a factory that makes airplane components.

North Korea’s nuclear program has caused consternation in the west for years, and a recent spat of tests has put leaders particularly on edge.2 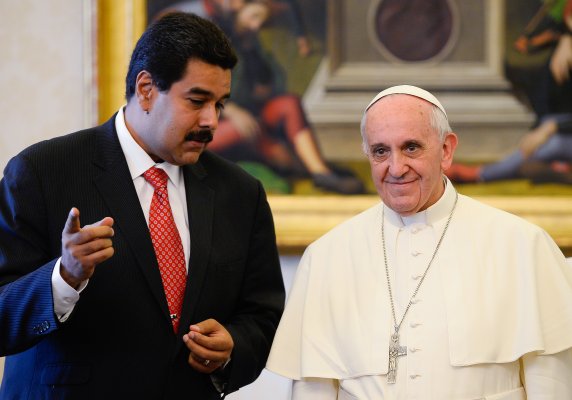 Vatican Invited to Mediate in Venezuela Crisis Talks
Next Up: Editor's Pick