Temperatures Thursday reached an incredible 54°C (129.2°F) in Mitribah, Kuwait, setting the record for the warmest temperature ever recorded outside of California’s Death Valley, according to a Weather Underground report.

The report, which still awaits confirmation, came during a heat wave that raised already sweltering temperatures across the region even higher. An all-time temperature record was set in Iraq where temperatures reached 128°F (53.4°C) at Basrah. Temperatures Thursday are expected to reach 126°F in Gotvand, Iran.

The heat records push urban centers in the Middle East closer to becoming uninhabitable. Research published last year showed that climate change could bring temperatures where humans cannot survive outside in cities along the Persian Gulf by 2100. The threshold for human survival, which needs to take into account heat and humanity, is around 170°F.

“Such severe heat waves are expected to occur only once every decade or every few decades,” said study author Elfatih A. B. Eltahir, a professor at the Massachusetts Institute of Technology, last year. “But when they happen they will be quite lethal.” 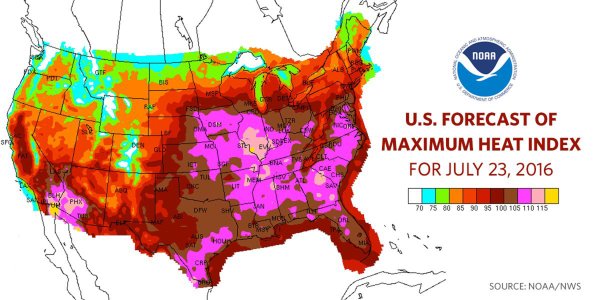 Obama Warns of Health Danger of Heat Wave
Next Up: Editor's Pick