The New York business magnate gave a comprehensive, 74-minute speech to conclude the Republican National Convention in Cleveland on Thursday night, officially accepting the party’s nomination to run for President of the United States.

Following the speech, he was joined on stage by his running mate, Indiana Governor Mike Pence, as well as their families, as balloons and confetti fell from the ceiling.

Here’s who was on stage, from left to right in the above photograph:

Barron Trump, the 10-year-old son of Donald and Melania

Charlotte Pence, the oldest of the Indiana governor’s three children 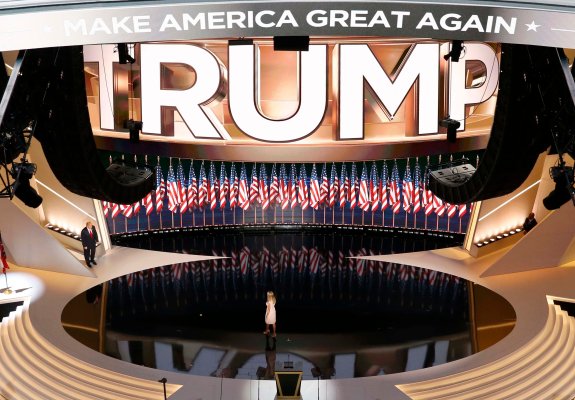 How the Televised Convention Helped Trump Pivot
Next Up: Editor's Pick