There’s no doubt that Donald Trump’s mannerisms are good fodder.

A recent study from that late-night comics make three times as many jokes about Donald Trump as they do about Hillary Clinton.

But they’re not the only ones who can have a little fun.

Delegates at the Republican national convention were not shy about doing their best Trump impression as they waited to see the nominee himself give a speech. 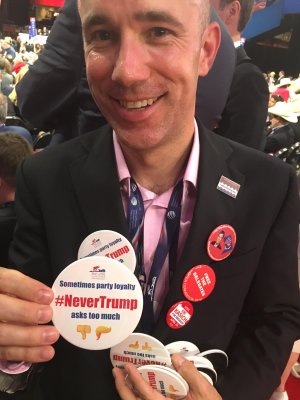 Never Trump Lives, Sort Of
Next Up: Editor's Pick